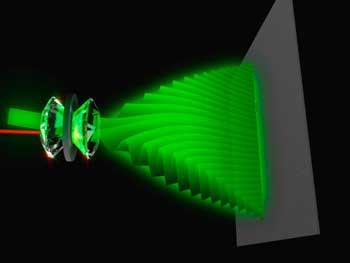 A team of Laboratory scientists have developed a new, adaptable and precise technique to measure the speed of sound in materials that will help improve large-scale explosive testing.

The new technique is more versatile and technically easier to use compared to two primary conventional techniques that are technically challenging and require relatively high fluence beams or pulses, which can induce photoreactions or physically alter sample properties.

Large-scale high explosive testing is dangerous. The new method addresses a 60-year-old challenge - to engineer explosive formulations with metal fuels to reach a desired level of performance. The team paved the way to use a semi-empirical approach, which will provide guidance for large-scale tests, ultimately saving time, capital and human lives.

Quantitative predictions of extreme-condition chemistry are unequivocally linked to knowing the equations of state (EOS) of probable major reaction species, typically in the liquid state. It is not unusual for such endeavors to be hindered by a near, if not total lack of critical experimental data.

In the experiments, a new variation of the photoacoustic effect, first demonstrated by Alexander Graham Bell in 1880-1881, was introduced and applied to metaboric acid (HBO 2 ) - a highly photosensitive material  -  which was encapsulated in a high-temperature diamond anvil cell. This new variation of photoacoustic light scattering (PALS) offered several technical advantages over conventional methods. For example, between 10-10,000 times less fluence (laser-light energy per unit area) is required to measure sound velocity.

Using PALS, a metal strip absorbs a short pulse of laser light and then functions as a transducer to launch a broadband pulse into the surrounding medium. When the transducer is struck by a second optical pulse, it passively generates  a signal. Speeds of sound can then be measured downstream from the sample container.

Data acquired enabled the first-ever semi-empirical predictions of boron-containing explosive reactions. These results have implications for geodynamic, geochemical, and shock-induced processes, which are often limited by the lack of knowledge of high-pressure equations of state for relevant fluids.

The research, which appears in the Sept. 21 online edition of the Journal of Physical Chemistry Letters, is funded by the DOE Campaign-II and the Joint DoD/DOE Munitions Technology Programs. 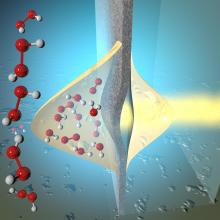 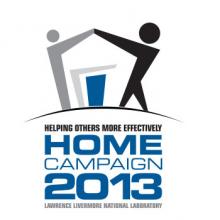