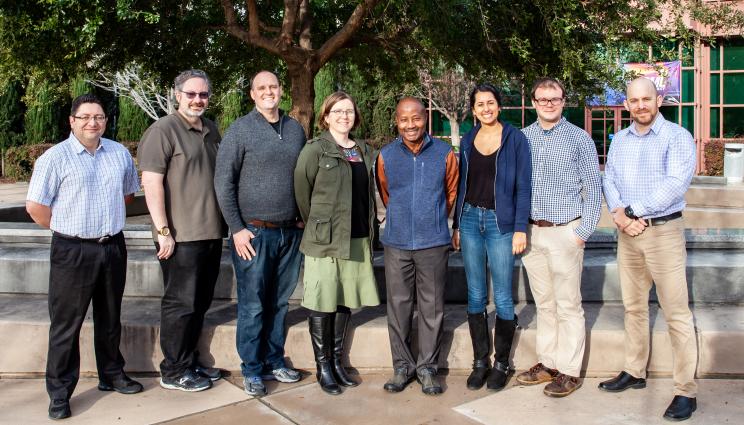 Physicists designing new laser systems and modeling laser performance at Lawrence Livermore National Laboratory (LLNL) now have a powerful new tool in their hands with the Rigel release of Virtual Beam Line++ (VBL++). The current version of VBL, a java-based code, has been in use since 2000.

VBL++ has a new architecture using the C++ code and best-in-class standards to enable high-resolution simulations on the Laboratory’s high-performance computing platform.

VBL’s goal is to predict all aspects of laser performance by solving Maxwell’s electromagnetism and optics equations to model beam propagation/diffraction, amplification, nonlinear frequency conversion and other nonlinear effects in a vacuum, gas or a dielectric (non-conducting) medium. It answers the need for accurate, efficient and user-friendly physics simulations required to design and operate laser systems.

"The new VBL software leverages high-performance computing and existing software packages developed at LLNL, such as RAJA and SUNDIALS, for enhanced precision and performance modeling," said Barry Fishler, the software engineering lead. "VBL++ is a necessity for addressing the complexities for our next major upgrade: supporting broadband beam propagation and amplification for short-pulse and high-repetition rate laser architectures."

The Rigel release, in development for the past two years, is the third successful milestone for the project but the first major release to users. The team has demonstrated VBL++ matches or surpasses the capabilities and accuracy of the Java version that is currently the physics engine behind the Laser Performance and Operations Model (LPOM) software used for the daily laser setup, execution and analysis of NIF experiments.

In a separate effort later in 2019, the LPOM software team will complete the integration of VBL++ into LPOM and demonstrate its use for shot setup analysis. Once operationally qualified, the two products will fulfill a critical role in validating NIF experiments and ensuring machine safety and laser performance delivery during experiment planning and execution.

Over the rest of fiscal year 2019, the VBL++ team will implement a modern graphical user interface and further expand simulation capabilities. Future capabilities are planned to support high-energy, high-peak and high-repetition-rate laser systems with the preparation for broadband light propagation and amplification as well as birefringence effects in a high-performance computing environment.