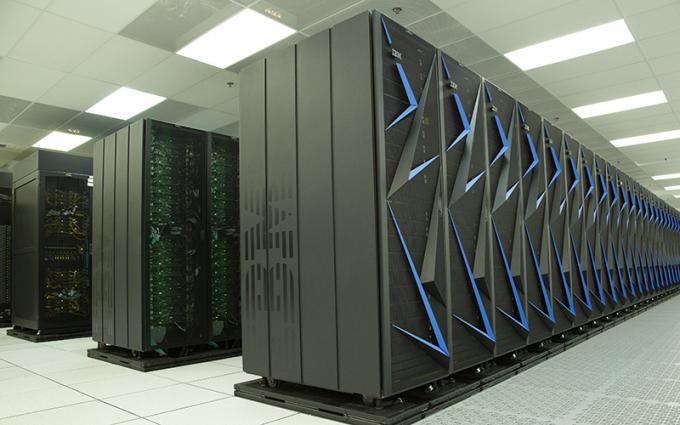 Lawrence Livermore National Laboratory’s Lassen joined its companion system Sierra in the top 10 of the TOP500 list of the world’s most powerful supercomputers. Lassen leaped to No. 10 while Sierra stayed at No. 2.

LLNL's Lassen supercomputer leaps to No. 10 on TOP500 list, Sierra remains No. 2

Lawrence Livermore National Laboratory’s Lassen joined its companion system Sierra in the top 10 of the TOP500 list of the world’s most powerful supercomputers, announced Monday at the 2019 International Supercomputing Conference (ISC19) in Frankfurt, Germany.

Lassen, an unclassified, heterogenous IBM/NVIDIA system with the same architecture as Sierra but smaller, placed No. 10 on the list with a High Performance Linpack (HPL) benchmark score of 18.2 petaFLOPS (18.2 quadrillion point operations per second) boosting its original 15.4 petaFLOP performance from last November. Sierra, LLNL’s classified system that went into production earlier this year, remained unchanged in the second spot at 94.6 petaflops.

"We are pleased with the results of the June 2019 TOP500 list, in which not only does Sierra continue to occupy the second position but also Lassen has risen to tenth," said Bronis de Supinski, chief technical officer for Livermore Computing. "These successes demonstrate that LLNL's strategy of both programmatic and institutional investments supports the complete range of applications required to meet our mission."

The improved HPL score for Lassen was attributed to an upgrade on the system, according to a TOP500 press release. LLNL’s IBM/Blue Gene system Sequoia, which had been the 10th most powerful computer in the world in the previous list and is expected to be retired later this year, dropped to 13th.

The 53rd edition of the TOP500 marks a milestone. For the first time in the 26-year history of the list, all 500 systems on the list registered HPL benchmark scores of a petaFLOP or more. The benchmark reflects the performance of a dedicated system for solving a dense system of linear equations.