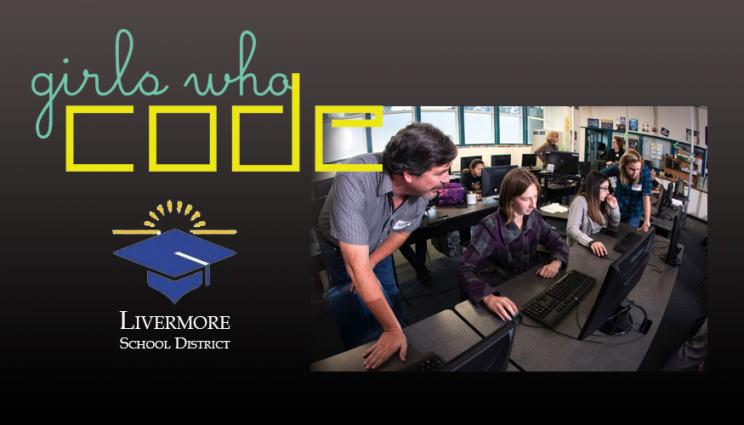 Thanks to the efforts of volunteers from Lawrence Livermore National Laboratory (LLNL), more than 150 students at Livermore middle and high schools were introduced to coding and basic computer programming last fall during after-school "Girls Who Code" clubs. The 22 Laboratory mentors were recognized, along with 10 district math and science teachers, by the Livermore Valley Joint Unified School District (LVJUSD) at a meeting last week. 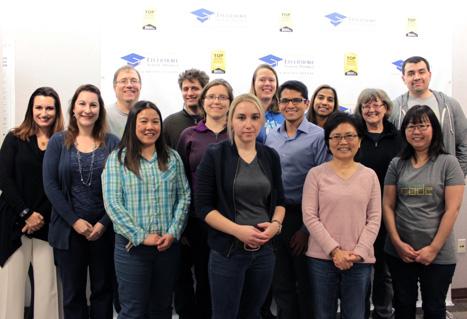 The Livermore Girls Who Code clubs are collaborations between the national nonprofit program, the school district and the Laboratory. The Girls Who Code program provides training and curriculum (no lectures) to volunteers from the Laboratory who visit the school sites once a week for about two hours over 10 weeks to teach the curriculum. The schools provide the facilities, equipment and a teacher to help coordinate the clubs’ activities. The clubs were held at all seven comprehensive middle and high schools in Livermore.

According to Regina Brinker, STEM coordinator at LVJUSD, most club members were female, but several males also attended. Students from special education programs also participated. By the end of the fall semester, 76 percent of the originally enrolled students still were participating in clubs.

"We are thrilled with the high number of participants," Brinker said. "It indicates the depth of interest our students have in learning computer programming."

The majority of Laboratory volunteers were from Computation but also included staff from Engineering, Weapons and Complex Integration and Physical and Life Sciences.

"This experience was only successful because of our volunteers’ generosity and their genuine interest in introducing kids to computer science in a fun and friendly way," said Marcey Kelley, Computation workforce manager and LLNL point of contact for the Girls Who Code clubs. "They are wonderful ambassadors of the Lab."

As the father of two teenage girls, software engineer Russ Fleming was excited for the opportunity to get involved and found his time at Granada High School to be rewarding. "The kids at Granada were engaging and fun to work with," Fleming said. "Their enthusiasm and creativity made me leave each meeting feeling happy to have helped. 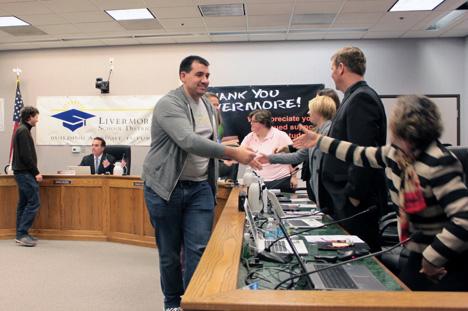 "After so many years of writing software, it was refreshing to talk about it with people just starting out. I really enjoyed being able to show them some ‘tricks of the trade’ and share real-world experiences of a software engineer."

Fleming plans to continue his involvement with the Girls Who Code club at Christensen Middle School this spring. "It will be fun to see what kinds of ideas the middle schoolers have compared to high schoolers," he said.

Janet and Ed Seidl, along with Jessica Mauvais and Ryan Verdon, helped facilitate the club at Livermore High School, where they say it was gratifying to see the students gain confidence in themselves throughout the program. "I wanted the girls to feel that the club was a safe place where no one would be judged," Janet Seidl said, "and I think we were successful in that."

For Ed Seidl, the highlight was having the students form teams to brainstorm ideas for their "CS Impact" project, a core part of the Girls Who Code experience, which challenges the students to use computer science to solve a problem relevant to their classroom and community.

"Each team presented their ideas, which were all fabulous," Ed Seidl said. "We kept track of the ideas on a whiteboard, and then refined them as a group to get an overall plan for an app."

Club activity in the spring will vary from site to site, depending on student interest and staff and volunteer availability. Supported by a community gift grant from Lawrence Livermore National Security, LLC, students will be invited to participate in field trips this spring, including a group viewing of the movie "Hidden Figures" and day trips to IBM and Workday.

If you are interested in being a part of the Girls Who Code collaboration now or next fall, contact LLNL employees kelley6 [at] llnl.gov (Marcey Kelley) or brannan7 [at] llnl.gov (Emily Brannan).