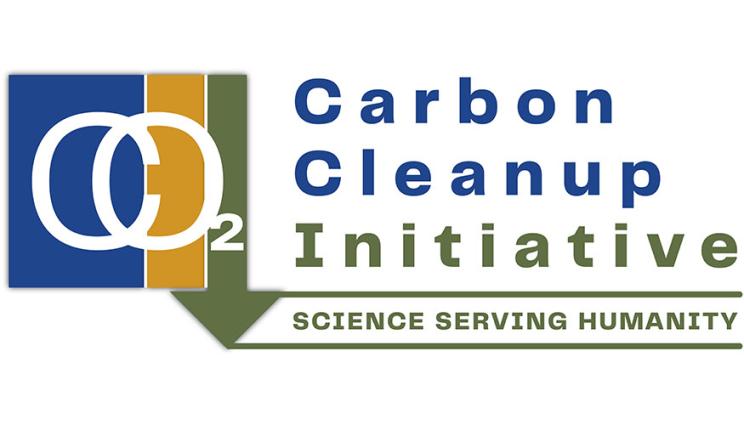 Helping the general public and students learn about carbon neutrality, the options for carbon dioxide removal, as well as the effects of climate change, is the focus of the Carbon Cleanup Initiative, a unique public awareness partnership from the Livermore Lab Foundation (LLF) and Lawrence Livermore National Laboratory (LLNL).

“We are proud to partner with the scientists and engineers on the Lab’s Carbon Initiative team to share this knowledge with the general public,” said Sally Allen, executive director of the Livermore Lab Foundation. “The UN Climate Summit, COP26, is demonstrating that action is needed on both a macro and micro level. The Carbon Cleanup Initiative helps the general public and students understand these important concepts and how we can all make a difference.”

The science of what it takes to achieve carbon neutrality is the central focus behind the Carbon Cleanup Initiative program. It is based on the expertise of LLNL scientists and engineers who have been heavily engaged in carbon mitigation and removal technologies for more than 25 years. The Laboratory’s focus, as part of science in the national interest, also extends to working with both public and private partners to define the research and development pathways needed for climate solutions. Roger Aines, chief energy scientist at LLNL, leads the team.

In 2020, LLNL produced the seminal report, Getting to Neutral, which provided a roadmap on how California could reach net neutrality by 2045. Many of the pathways cited by LLNL in the report — including natural and working land solutions, waste biomass conversion and direct air capture and CO2 storage — have been embraced by policy leaders throughout the state and across the nation. In 2021, LLNL issued a second report, Permitting Carbon Capture & Storage Projects in California, outlining the regulatory framework updates that could advance carbon-capture technologies while still safeguarding the environment, public health and safety.

“Climate change represents a very real national security risk,” said Kim Budil, LLNL director. “As we look to the future, dealing with the carbon already in the environment is essential, so CO2 removal and storage technologies will play a key role in the world’s response to this threat. For more than 25 years, LLNL scientists have led the way in carbon research, and we’re pleased to partner with the Foundation to launch this valuable resource to further community engagement with this important topic.”

In addition to an extensive, easy-to-understand website that features video interviews with LLNL scientists, one of the unique components of the Carbon Cleanup Initiative is a teaching deck for educators on global climate trends, net neutrality and carbon removal strategies. Four experiential learning modules were created by the San Joaquin County Office of STEM Education, in partnership with LLNL scientists. Course material was designed to complement existing science and engineering lessons and meet Next Generation Science Standards (NGSS). The educational materials are for both high school and college students and can be accessed by educators, free of charge, on the Carbon Cleanup Initiative website

In addition, 30 educators from across the state of California have been chosen for a six-month pilot program to teach the carbon cleanup materials in their classrooms. The cohort program culminates with an opportunity to attend LLNL’s esteemed Teacher Research Academy in summer 2022.

To help frame the context for the public education materials, LLF and LLNL worked closely with FM3 Research and environmental social scientist Holly Buck of the University of Buffalo on stakeholder surveys. Both qualitative and quantitative input from more than 1,200 voters and 30 community leaders in California’s Kern County and greater Delta region served as the benchmark for the outreach materials, as well as how to develop greater public understanding of the science behind carbon neutrality.

“We’re grateful to the Clean and Sustainable Energy Fund (CASE) for their partnership on this program,” Allen said. “As carbon removal technologies and mitigation programs become more prevalent and begin to be implemented, it’s critical that the general public and all stakeholders have access to accurate, unbiased information that’s based on science, as well as the interests of all stakeholders.”

“This has been an incredibly positive collaboration,” said Renze Hoeksema, president of CASE. “The program the Foundation has developed to share this information with the public at large and within our education system is invaluable. We appreciate the work the Laboratory is doing to advance carbon capture and storage research and bring this science to life.”

LLNL is expanding the California focus to a national scale, with support from the Department of Energy. “Just as California can’t get to zero without subtracting some CO2 from the air, the nation has the same issue,” Aines said. “Our great country’s diverse economy makes different options more important regionally. For instance, the deep, rich soils of the Midwest can hold massive amounts of carbon while improving farm productivity, if we manage them properly. Our report will describe these options so decision makers can act in ways that best support local needs and strengths.”

“The Livermore Lab Foundation is committed to sharing the outstanding science from LLNL and communicating how important initiatives like carbon neutrality can be realized,” Allen said. “Climate change is the defining issue of our generation. It’s imperative the public understands how we can move forward.”