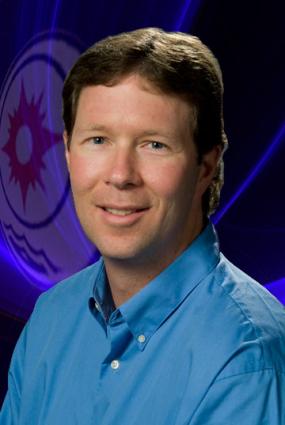 Jeff Latkowski of Engineering has been recognized by Fusion Power Associates (FPA) with an award of excellence for his leadership and contributions to fusion energy programs.

The 2009 Excellence in Fusion Engineering award from the non-profit research and educational foundation cited Latkowski's work on the LIFE (Laser Inertial Fusion Engine) project, the Final Safety Analysis for the National Ignition Facility (NIF) and contributions to the national High Average Power Laser (HAPL) program. HAPL is a national effort bringing together national labs, universities and industry to develop the science and technology for laser-driven inertial confinement fusion.

"The recognition of these efforts by peers is very gratifying," said Latkowski, who co-leads the Lab's Roadmap to the Future initiative in Laser Inertial Fusion Energy. "It was clear from the FPA meeting that a lot of people are excited about fusion energy."

A national focus on energy issues and the transition of the National Ignition Facility (NIF) to an operational facility have served to heighten interest in and support for fusion energy research. "A lot of people are interested in NIF. They realize that the whole fusion community will benefit from NIF's success," he said. "There's still a healthy dose of skepticism. But we have a chance to turn the tide on fusion energy."

Latkowski, of Engineering's National Security Engineering Division, is working to build inertial fusion energy into a full-fledged program as part of the Lab's five-year strategy to develop new technologies addressing national energy needs.  While the project is still in an early stage, he said: "We're starting to see some good science."

After 18 years at the Lab, Latkowski is exactly where he always wanted to be — at the center of the effort to develop fusion energy. A "fusion" of circumstances and interests were what brought him to the Lab in the first place. He came in August 1990 as an undergraduate summer student, pursuing a nuclear engineering degree at the University of Illinois, and fell under the influence of Mike Campbell,  Don Correll, Bill Hogan and Erik Storm, who is co-leader of the LIFE Roadmap to the Future project.

Latkowski recalls that, "I heard talks they gave on fusion energy and I decided right then; 'I want to do that.'" Now it's his LIFE.