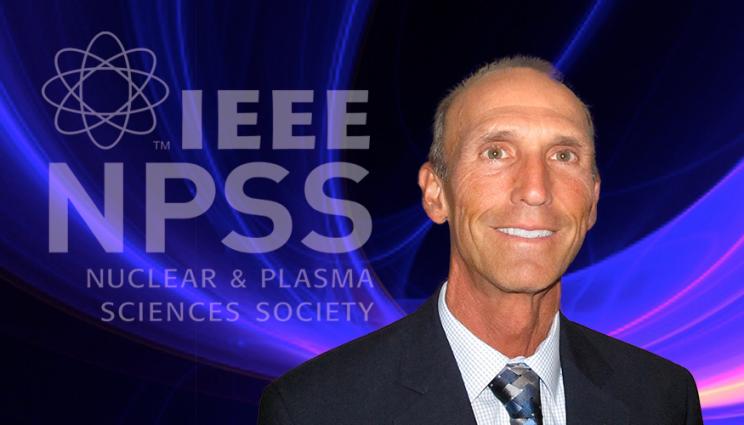 Lawrence Livermore National Laboratory researcher Wayne Meier has been selected as the recipient of the 2016 Fusion Technology Award by the The Institute of Electrical and Electronics Engineers’ Nuclear & Plasma Sciences Society.

The Institute of Electrical and Electronics Engineers’ (IEEE) Nuclear & Plasma Sciences Society (NPSS) selected Lawrence Livermore National Laboratory (LLNL) researcher Wayne Meier as the recipient of their 2016 Fusion Technology Award. The award will be presented at the 2017 Symposium on Fusion Engineering June 4-8 in Shanghai, China.

The Fusion Technology Award recognizes Meier’s 40-year career of research and leadership advancing the science, technology and integrated assessment of fusion power plants. "It’s a satisfying recognition of all my years in the field of fusion technology," Meier said. "To be acknowledged by this committee, that I’ve worked with for many years on different technical projects as well as international conferences, is an honor."

Meier retired in September as the deputy program leader for the Fusion Energy Sciences Program (FESP). He was notified of the award two weeks after retiring. "So this is a nice cap on my career," he said. He will continue with the Lab as a visiting scientist sharing his knowledge and expertise in fusion technology.

Meier has contributed to studies on fusion chamber design, nuclear analysis, systems integration and systems analysis since beginning at the Lab in 1976. During his career he authored or co-authored more than 150 technical papers and volunteered for fusion technology groups including IEEE NPSS and the American Nuclear Society (ANS) Fusion Energy Division. In 2015, Meier won the Fusion Power Associates Special Award for his role in fusion power development and his service on journal editorial boards.

"Over the past 40 years we’ve moved from conceptual design studies to the understanding and the development of the actual technologies," he said. "The hardware required to make fusion energy a reality has come a long way. We now have large research facilities like the National Ignition Facility (NIF) at LLNL and the international burning plasma experiment, ITER, under construction in France that are critical steps on the path to fusion energy."

He looks back on his work with magnetic fusion energy for the Research Needs Workshop (ReNeW) as one of the projects he is most proud of. Meier’s contribution to the national effort allowed him to work with a range of scientists across the U.S. fusion community looking at how technologies for the fusion fuel cycle, power conversion and systems integration interfaced with plasma physics. In the 1990s, he was the project leader for a Department of Energy study on inertial energy power plants that produced one of the most thorough conceptual design reports done up to that time on the subject.

"We are thrilled with this recognition for Wayne," McLean said. "Much of the international respect that he has earned over the years was due to his natural leadership, organizing and cross-discipline team-building skills. He was always ahead of the curve in delivering results and always ready with sound judgment and clear, concise thinking. We are very grateful that fusion-related efforts across LLNL will continue to benefit from his knowledge and advice."