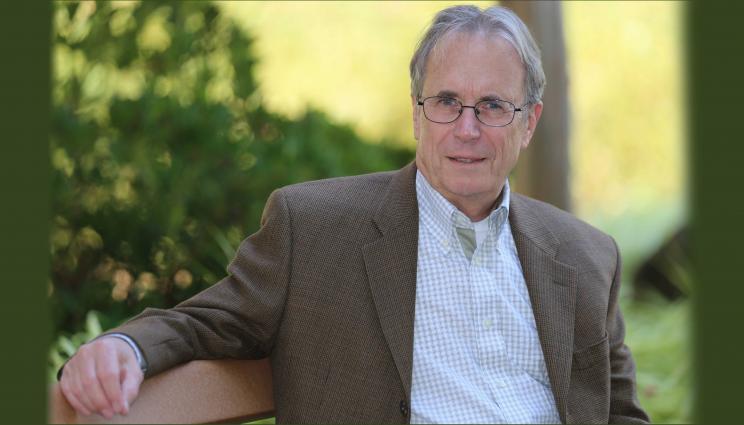 Lawrence Livermore chemist Bill McLean was awarded the Secretary’s Achievement Award for his contributions to the stockpile stewardship program at LLNL.

The Secretary’s Honor Awards are bestowed on individuals who have a singular accomplishment that demonstrates a high level of performance and outstanding leadership in public service. The individual’s achievement must be substantial, outside the normal course of duty and significantly benefit the department’s mission and the nation.

McLean is widely known as one of the architects of a rigorous surveillance methodology used today to ensure that the aging U.S. nuclear stockpile remains safe, secure and effective in the absence of explosive nuclear testing. This methodology – called Quantification of Margins and Uncertainties (QMU) – has provided a framework to predict aging and compatibility of critical materials and assess lifetimes of key stockpile components.

"Our job is figuring out how long the stockpile will last," McLean said, who leads aging and lifetime research in the LLNL weapons program. "These warheads were designed to last around 15 years, they’re going on 30, we haven’t tested them for 25, and we want them to last for 40 or more years. Will they make it? For years this question kept me up at night."

McLean credits former LLNL director Mike Anastasio for bringing the concept behind QMU to his attention during a talk around the end of the underground nuclear testing era in 1992. Anastasio described the idea as "proto-notional" at that point, based on the concept of building margins into the stockpile great enough to overcome all cumulative uncertainties. The idea captured McLean’s imagination. The challenge was to find a way to quantify the uncertainties in how materials and components might age.

The methodology he came up with is based on the concept of engineered safety margins. Complex systems, such as nuclear explosive packages, contain multiple materials that each have a range of initial conditions (like mass, surface area, moisture content), different ages based on production periods and different aging characteristics. To complicate things further, the outputs of some models serve as inputs to others. The problem became one of properly estimating the range of uncertainties in each model output and combining the uncertainties into a range of lifetimes for components and subsystems. The finalized models did a good job of reproducing the data derived from surveillance observations, where measurements are taken directly from warheads in the stockpile.

"The bottom line is that we need to know how confident we are that the performance will surpass requirements," McLean said. "This approach has helped us identify the most important drivers in uncertainty. It helps us understand where we should focus our resources. That’s the real power of this thing."

The suite of predictive tools McLean developed is used routinely to guide and inform the annual assessment and certification of the stockpile. They help management make decisions about future Life Extension Programs, inform investigations and conduct surveillance of the legacy stockpile. These tools also have provided specific technical criteria to prioritize resources and maximize the efficiency of resources, facilities and personnel.

"I was surprised and delighted when I heard that I was tapped for this award," McLean said. "It’s really special to me. But we don’t do this work for awards. The real reward is being able to sleep at night knowing that we have confidence in our deterrent."