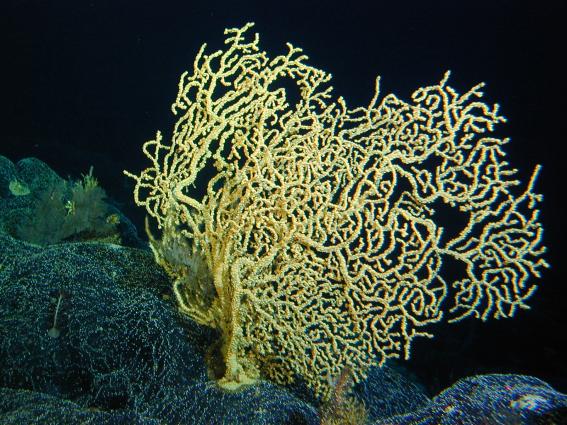 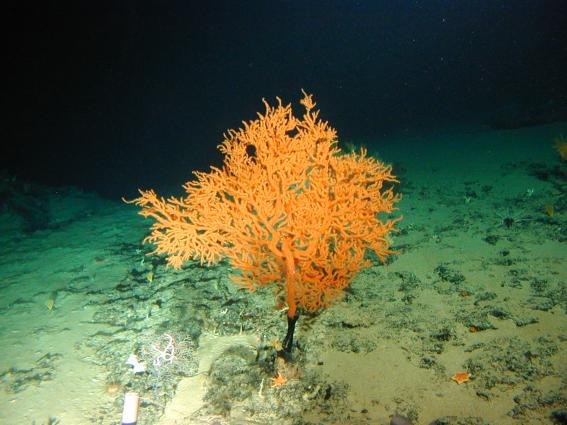 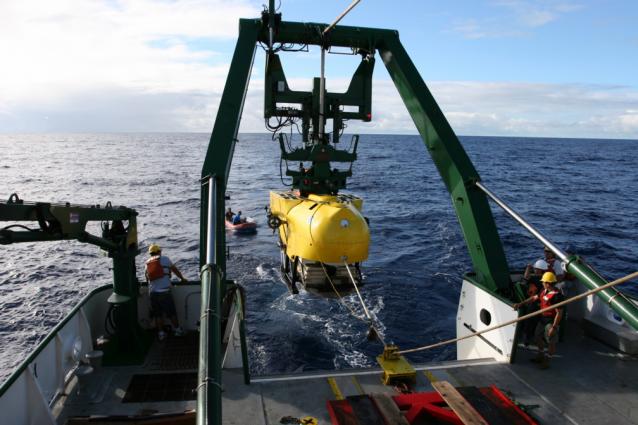 LIVERMORE, Calif. — Deep-sea corals from about 400 meters off the coast of the Hawaiian Islands are much older than once believed and some may be the oldest living marine organisms known to man.

Researchers from Lawrence Livermore, Stanford University and the University of California at Santa Cruz have determined that two groups of Hawaiian deep-sea corals are far older than previously recorded.

Using the Lab's Center for Accelerator Mass Spectrometry, LLNL researchers Tom Guilderson and Stewart Fallon used radiocarbon dating to determine the ages of Geradia sp., or gold coral, and specimens of the deep-water black coral, Leiopathes sp. The longest lived in both species was 2,740 years and 4,270 years, respectively. At more than 4,000 years old, the deep-water black coral is the oldest living skeletal-accreting marine organism known.

"And to the best of our knowledge, the oldest colonial organism yet found," Guilderson said. "Based on the carbon 14, the living polyps are only a few years old, or at least their carbon is, but they have been continuously replaced for centuries to millennia while accreting their underlying skeleton."

The research appears in the March 23 early online edition of the Proceedings of the National Academy of Sciences.

Carbon dating uses radiocarbon (carbon 14) to date the age of an object. Radiocarbon is the most widely used geochronological tool in the earth sciences for the late Quaternary (the last 50,000 years).

Earlier radiocarbon studies showed that individual gold coral colonies from the Atlantic and Pacific oceans have life spans of 1,800 to 2,740 years, but the results remain contentious with some biologists. In particular, some have questioned whether the corals feed on re-suspended sediment (which could be old) and not on recently photosynthesized carbon that falls through the water column, or that they grew faster and then stopped growing when they reached a certain size.

To answer these questions, the group analyzed not only polyps (the living animals that make up corals) but a branch of one specimen.

The living animals had the same carbon 14 concentration as the overlying surface water. This shows that the carbon in the polyps was recently photosynthesized in the surface prior to being "eaten" by the polyps. The skeleton's carbon 14 concentration mimicked that of the overlying surface water's 'post-bomb' time series: the time since the late 1950s when the testing of nuclear weapons augmented the natural abundance of carbon 14 in the atmosphere.

In the recent research, the Geradia coral was assumed to be much younger when amino acid and growth band methods were used. With radiocarbon dating, the average life span of the analyzed specimens is 970 years and ranges from about 300 years for a small branch (with a radius of 11 millimeters) to about 2,700 years (with a radius of 38 mm).

"These ages indicate a longevity that far exceeds previous estimates," Guilderson said. "Many of the Geradia samples that we have analyzed are branches, not the largest portions of the colony and so the ages may not indicate how old the entire individual is."

Hawaiian deep sea corals face direct threats from harvesting for jewelry and from commercial fisheries that trawl the ocean bottoms. In addition, the close relationship between deep sea corals (and the mid-water ecosystems) and ocean's surface means that they can be affected by natural and manmade changes in surface ocean conditions including ocean acidification, warming and altered stratification.

The antiquity of the coral is an additional call for action, Guilderson said.

"The extremely long life spans reinforce the need for further protection of deep-sea habitat" he said. "The research has already had an impact for activities in Hawaiian waters where a harvesting and fishing moratorium has been enacted to protect certain areas. There are similar habitats in international waters and it is hoped that the results will provide the scientific basis for agreements under the Law of the Sea, and United Nations Environment Programme."