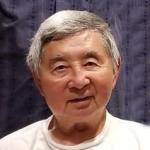 Pan was born in China, he immigrated with his family to America in 1950. He studied in Berkeley public schools and received his doctorate in physics from the University of California, Berkeley in 1964.

He worked at the then-Lawrence Radiation Lab as a research assistant during graduate school and as a research physicist as a postdoc. He taught at the University of Pennsylvania until 1969 and returned to Livermore to continue his career at the Lawrence Livermore National Laboratory until his retirement in 1993. He specialized in high energy nuclear physics research and made significant contributions to the development of laser technology.  He authored more than 100 papers and earned a patent even though much of his work was classified.  He was a member of the American Physical Society, Sigma Pi Sigma, Sigma Xi and Society for Engineering Physicists.

Pan is survived by his three sisters, five nieces, and eight grand nephews and one grand niece.