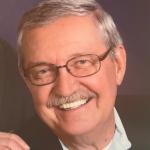 Midtaune, of Livermore, passed away in his home with family at his side.

He was born on Jan.12,1939, in Faribault, Minnesota, to Theodore and Harriett (Jacobson) Midtaune. He graduated from Trimont High School in Trimont, Minnesota.

He married Merry Carol Sprink in 1960 in Arco, Minnesota. Soon after, he enlisted in the United States Army, serving several years in the Army Security Agency, including a deployment in Ankara, Turkey. After his military service, Midtaune returned to northern Minnesota and graduated from Bemidji State University in Bemidji, Minnesota, with a degree in biology.

In 1983, he moved his family to California for a job at Lawrence Livermore National Laboratory (LLNL). During his 19-year career at LLNL, he worked in the Nova Program as a mech tech, supported the Plutonium Facility as a scientific associate and retired as a senior scientific associate in the Materials Management Section of the Engineering Directorate.

He is survived by his wife of 62 years, Merry; his children, Trygg [Tiffany] Midtaune and Deanna [Corrigan] Willis; and three grandchildren: Bryce, Emma and Ryan. He also is survived by two sisters, Paula Smith and Nancy Teklenberg of Bemidji and Solway, Minnesota, respectively. He was preceded in death by his parents; and his sister, Sue DeLapp.

In lieu of flowers, the family encourages donations in his name to a charity of your choice. A celebration of life will be scheduled at a later date.