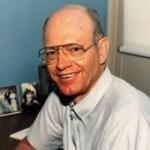 Kaifer was born in Alameda on Feb. 28, 1927, to Clarence Robert Kaifer and Mary Christina Meiss. He was class valedictorian at San Leandro High School. After high school, he served two years in the Merchant Marine as a radio operator and also served in the Army during the Korean War. He received a bachelor of science degree in electrical engineering from the University of California, Berkeley in 1950. He worked as an engineer at Lawrence Livermore National Laboratory for 37 years.

A funeral Mass will be held at 11 a.m. on Thursday, Dec. 3, at St. Michael Catholic Church (outside in the courtyard), 458 Maple St., Livermore. There will be a one-hour visitation prior to the Mass.

In lieu of flowers, contributions may be made to ValleyCare Charitable Foundation or to University of California, Berkeley – The Berkeley Engineering Fund.