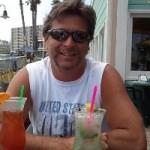 Viera passed away Aug. 15 after a battle with glioblastoma, with his family by his side. He was born in San Jose to Rudolph Viera and Bernadine Viera, and grew up in Santa Clara, where he graduated from Wilcox High School. He worked for Pacific Bell for many years. He moved with his wife to the East Bay in 1989. After he moved to Livermore, he began working at Lawrence Livermore National Laboratory. He enjoyed coaching Little League and football throughout the years. He was married just shy of 32 years.

Friends and family are invited to his celebration of life at Crosswinds Church, 1660 Freisman Rd., Livermore on Saturday, Aug. 31 at 2 p.m.