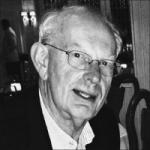 Cowles, the son of Addison and Alexandra Cowles, grew up in Lincoln, Nebraska and graduated from Weston High School. He received bachelor of science and master of science degrees in chemical engineering from Massachusetts Institute of Technology where he was a member of Tau Beta Pi academic fraternity before earning a doctorate from the University of Michigan. After finishing his studies, he worked for 10 years in chemical and nuclear engineering research at the Lawrence Livermore National Laboratory. As gas lines became longer in 1972, he was asked to go to Washington, DC to be part of a White House Presidential Committee made up of one representative from each of the national laboratories. The committee was charged with finding alternative energy technologies. In the years that followed, as the Atomic Energy Commission evolved into the Department of Energy, he worked for several private companies that were consultants to the Department of Energy. His final position was serving as the chief engineer for the Yucca Mountain Nuclear Waste Repository

He is survived by his wife, Diana and his sister, Andra Raitch of Indialantic, FL. He is also survived by his son, Stephen of Durham, NC; son, Christopher and his wife, Lisa of Roswell, GA; and daughter, Kristen and her husband, Kenneth Kuhl of Montclair, NJ. His grandchildren are Katherine, Rebecca, and Jonathan Cowles, and Alexandra and Annika Kuhl.

Family, together with friends, will gather on Sunday, Aug. 28, at St. Anne's in-the-Fields Episcopal Church, 147 Concord Road, Lincoln, Nebraska. Burial will be private for family members.

In lieu of flowers, please send donations to the Friends of the Lincoln Council on Aging or the Lincoln Historical Society. For his online guestbook, please visit www.DeeFuneralHome.com.