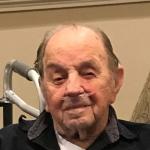 Kestner was born in Pittsburgh on Aug. 23, 1926, to Earl and Irene Kestner. He and his family moved to Pittsburg, California in 1935. He graduated from high school in 1944, then received his drafting degree from Heald College. In 1948, he met his wife, Geneva Criner. They married in 1951 and made their home in Concord, where they raised their two sons. He worked for his father, owner of Kestner’s Carpets and Hardwoods/Kestner’s Flooring, the U.S. Steel Mill during World War II, the Bechtel Corporation and Lawrence Livermore National Laboratory from 1955-1996.

He is survived by his sons Russ Kestner and Rich (Marcia) Kestner of Placerville, California; grandsons Shawn (Desiree) Kestner of Powell, TN and Eric (Shannon) Kestner of Georgetown, California; five great-grandchildren and three generations of nieces and nephews. He was predeceased by his wife, parents and in-laws, his and his wife’s siblings and their spouses, nephew Joseph Criner, and great-niece Sandra (Lyons) Lewis.

Graveside services will be held on Saturday, Jan. 18, at 11 a.m. at the Memory Gardens Cemetery, 2011 Arnold Industrial Way, Concord. A gathering following the service will be held in Pleasant Hill. In lieu of flowers, donations can be made to the Walnut Creek Mount Diablo Lions or the California Waterfowl Association.