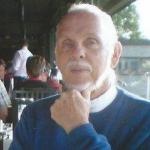 Gaines was born in Whittier, to John and Josephine Gaines. He completed his higher education in Reno, graduating in 1961 from the University of Nevada with a master’s degree in physics, where he also completed his ROTC courses. Upon graduation, he served two years of active duty with the Army at Fort Monmouth, New Jersey. He continued to serve his country as a member of the Army Reserve for another 29 years, completing his service as a lieutenant colonel in 1995. After his active duty, he started his career as a nuclear physicist at Lawrence Livermore National Laboratory in 1963 and continued until his retirement in 1993. He was credited with a number of patents for LLNL during his tenure.

One of his favorite charities was the Billy Graham Evangelistic Association. In lieu of flowers, you may donate in his name at billygraham.org or 1 Billy Graham Parkway, Charlotte, NC, 28217, or any charity of choice. Interment service will be in Livermore at Memory Gardens on Feb. 1.