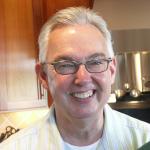 Wheatcraft was born July 4, 1942, in Canton, Ohio. He attended Ohio State University where he received his doctorate in English. After graduating he taught English through the University of Maryland at various military installations in the Far East to dependents and members of the military at the high school and community college level. Upon returning, he moved to California, where he met his future husband Ron Buchignani, who predeceased him in 2019.

He had a long career as a technical editor, starting at Kaiser Engineers in the late 1970s, where he worked in the Mining and Minerals diivision and later in the Proposals department.  He started work at Lawrence Livermore National Laboratory in 1992, writing procedures for the Hazardous Waste Management department. Later, he edited the Laboratory’s flagship publication, Energy & Technology Review in 1994. He helped transition the magazine into its current incarnation as Science and Technology Review and was the production editor on the premier issue in July 1995. He continued as production editor from 1995 until his retirement in 2003.