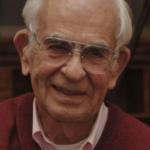 Dorn was born June 25, 1930, in Detroit, Michigan to Ernest and Ruth Dorn.  He attended Purdue University in Lafayette, Indiana, to study physics on a Naval Reserve Officers Training Corps scholarship. He graduated with a bachelor of science in 1952 when he began his service in the U.S. Navy. He transferred to the Naval Reserve and returned to Purdue University to pursue a Ph.D. in nuclear physics.

He joined Lawrence Livermore National Laboratory as a theoretical physicist in 1959. During his 32 years at LLNL, he worked on many projects. He explored using neutron beams from nuclear tests to create super-heavy elements, including a new element, Fermium 255. He worked with the Department of Alcohol, Tobacco and Firearms to develop a method to tag and trace explosives. In the 1960s, he worked on the Plowshares Project, exploring non-military uses of nuclear explosives. In the 70’s, he helped craft the Strategic Arms Limitation Treaty (SALT) with the Russians to reduce stockpiles of nuclear weapons on both sides.

After retiring from the Lab in 1991, Dorn joined the United Nations Special Commission investigating weapons of mass destruction in Iraq, where they found and dismantled existing programs.

He is survived by his wife of 67 years, Ada; children, Kalani Baker, Donald Dorn-Lopez, Patricia Dorn and Malcolm Dorn and their partners; and many cousins, nieces, nephews, grandchildren and great-grandchildren.

Due to the pandemic, a memorial service will be held later. In lieu of flowers, please make a donation to the charity of your choice.