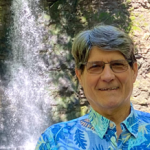 Layne was born on May 27, 1953, and raised in Modesto, California by his parents, Elvin and Lou Kathryn Layne. His service to the nation, its safety, and security began in 2001 at Sandia National Laboratories where he contributed to a successful system designed to destroy legacy chemical weapons. At Lawrence Livermore National Laboratory he was a talented technician who contributed to a variety of teams and projects including ballistic armor research, the National Ignition Facility laser, the Electron Beam Ion Trap which helps LLNL, NASA, and the world to understand in finer detail astrophysics and the makeup of the stars in our universe, the Scorpius Project, and finally the Jupiter Laser Facility where High Energy Density physics is explored in previously unseen realms and where the information will be used to keep the nation safe for all our futures. He worked at LLNL for 17 years.

He is survived by his wife of 23 years, Shelley, his two sons, Joshua, and Jeremy, and two of his siblings, Alan Layne and Kathy Thurman. Words cannot express the impact that this loss has not only on his wife and family, but also on the many others who he meaningfully touched with his kind heart and contagiously selfless personality not only did he care deeply for his friends and family, but they cared just as much about him.