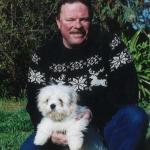 Rice went to elementary school in Livermore and graduated from Livermore High School in 1971. He served his country in the U.S. Navy during the Vietnam War as a machinist mate. After serving in the Navy, he began his 36-year career at Lawrence Livermore Lab.

He is survived by his wife, Rose Smith. He has three children, Whitney Smith-Gibson, David Smith and Keith Rice. He has four grandchildren and one great-grandchild. He also is survived by two sisters and one brother.

In lieu of flowers, the family is requesting donations be made to the Kristina Chesterman Memorial Foundation, P.O. Box 3265, Fremont, CA 94539. Callaghan Mortuary is serving the Rice family. An online guestbook is available for condolences at www.callaghanmortuary.com.