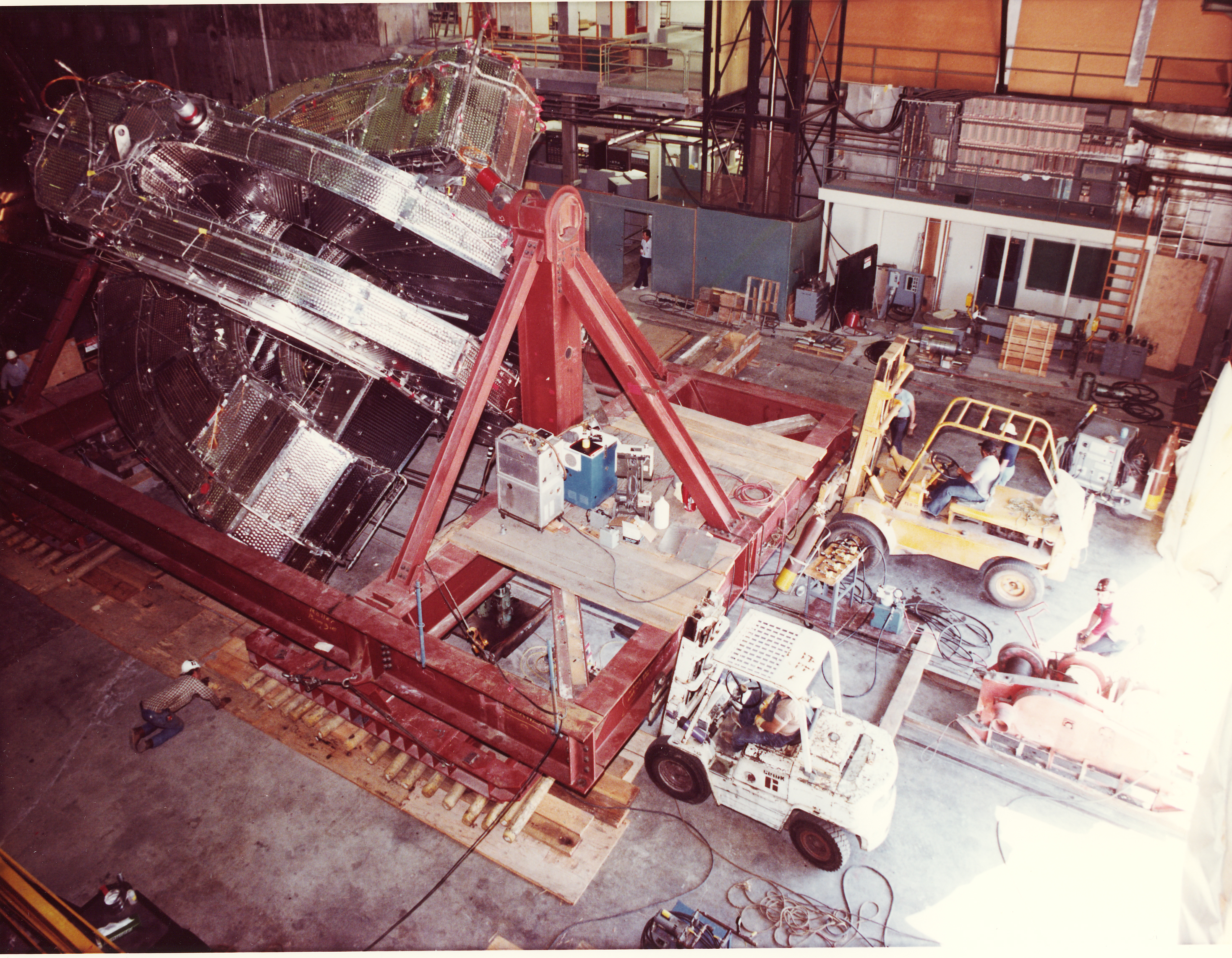 Building on the success of the 2XIIB magnetic mirror device, Laboratory researchers developed plans for the Mirror Fusion Test Facility (MFTF). As the next step toward a reactor, the MFTF would provide a tenfold increase over 2XIIB in the production of plasma density and confinement time and a 500-million Kelvin plasma temperature.

The world’s largest superconducting magnet was built to confine the plasma. The conductor consisted of thirty miles of copper and niobium-titanium wire wound over a year’s time into the magnet’s “yin-yang” shape. Two of these 350-ton magnets were needed for the even larger machine that was finally built.

Calculations indicated that a magnetic mirror reactor would only break even in energy, and as T. Kenneth Fowler recalls, “This became my chance to be an inventor.” The idea of the “tandem mirror” came to him just before leaving to view the fourth of July fireworks in 1976. Livermore scientist Grant Logan independently came up with the same idea and was surprised to see Fowler’s earlier notes; so did G. I. Dimov in the Soviet Union. A tandem mirror, which promised at least fivefold improvement over a magnetic mirror device, consists of a central cylinder where the plasma is confined and heated. Cylinder ends are plugged by yin-yang magnets.

Livermore moved quickly to build the Tandem Mirror Experiment (TMX). Positive TMX results beginning in 1979 provided the basis for converting the ongoing MFTF project to MFTF-B, a tandem mirror experiment with the addition of a 58-meter-long vacuum vessel with the yin-yang magnets at the ends. The expanded experiment offered the promise of creating plasma conditions that are close to those of an eventual power reactor.

At a cost of $372 million, MFTF-B was completed in 1986. What could have been learned with the machine will never be known. The project was officially mothballed on the very day of its dedication ceremony, but the celebration was held anyway to honor Laboratory engineers and scientists for their outstanding accomplishment. In a contracting magnetic-fusion budget, tokamaks were deemed to be the future.