The Birth of the Laser and ICF 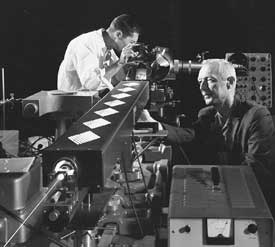 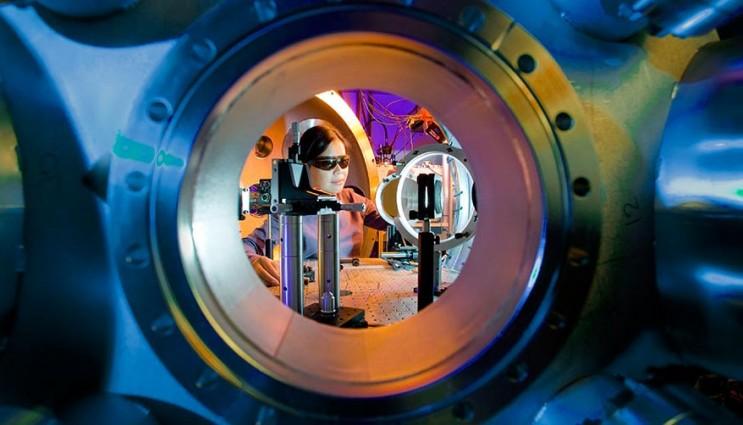 In 1958, the first detailed proposal for a laser—then called an "optical maser"—was published by Arthur L. Schawlow and Charles H. Townes, inventor of the microwave-emitting maser in the early 1950s. About the same time, John Foster (then Fission Weapons Design Division Leader) organized a small group, including John Nuckolls, to consider how to ignite fusion explosions without using an A-bomb. Based on earlier work, Nuckolls believed that a "mini" approach to inertial confinement fusion (ICF), if feasible, had a chance of being an economically competitive power source.

To pursue the idea, Nuckolls and colleagues began running the weapons program's latest computer codes to study the possibility of using radiation at a temperature of a few hundred electron volts (a few million Kelvin) to implode a capsule of deuterium–tritium (DT) and initiate a very small-scale fusion explosion. In June 1960, calculations indicated that ignition and efficient burn of one milligram of DT was feasible. What was needed was a precise, extremely powerful non-nuclear driver to energize the tiny radiation implosion.

In July 1960, the Hughes Research Laboratory in Malibu, California, announced that Theodore Maiman had won the race to build the first laser. He succeeded on May 16, 1960, by shining a high-power flashlamp on a ruby rod with silver-coated surfaces. Soon there were lasers operating at many laboratories. Livermore scientists tracked progress with great interest, and in 1962, Q Division was formed to study the interaction of laser radiation with matter and applications to thermonuclear fusion. Laboratory scientists let it be known within the laser community that they were interested in high-power lasers. Their reasons were guarded; the concept of compressing DT to high density and igniting a fusion reaction was deemed classified.

By the mid-1960s, Laboratory researchers were conducting experiments with the "4 Pi" multi-gigawatt ruby laser system. Its 12 laser beams were positioned to illuminate a 0.5-mm spherical target over its entire surface (4π steradians). The system required 40, 1/2-inch-diameter, 3-inch-long ruby rods that took about a year for delivery. Each of the 12 beams generated up to 2 joules of energy in a 5-nanosecond pulse—too long to be fully effective. Nevertheless, the 4 Pi laser was used to study plasma temperatures and ion emissions from irradiated targets.

But interest was rapidly shifting to other types of lasers—principally glass doped with rare earth metals. Laboratory researchers built the Long Path laser, which featured 16 neodymium-doped glass disks, each 14 centimeters in diameter. The disks were mounted at an angle that minimized reflections and allowed the flashlamps to pump the face of the slabs—an innovative amplifier architecture used today. Only one amplifier was built, and the beam was reflected through the amplifier nine times to increase energy. This required a 68-meter beam path—hence, the name Long Path. This work led to the much larger Laser Program led by John Emmett in the 1970s.