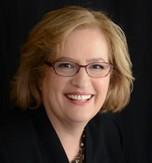 Patricia Falcone is the Deputy Director for Science and Technology at the Lawrence Livermore National Laboratory (LLNL). She is the principal advocate for the Lab’s science and technology base and oversees the strategic development of the Lab's capabilities. She is responsible for LLNL’s collaborative research with academia and the private sector, as well as its internal investment portfolio.

Falcone joined LLNL in 2015 after six years at the White House Office of Science and Technology Policy (OSTP), where she served as the Senate-confirmed Associate Director of OSTP for National Security and International Affairs. In that capacity, she led a team that advised on the science and technology dimensions of national security policy deliberations and on federal support of national security research and development.

Earlier, Falcone held technical and management positions at Sandia National Laboratories in Livermore, California, including Distinguished Member of the Technical Staff, and senior manager for Systems Analysis and Engineering. Her work at Sandia focused on the assessment of new technologies for mission applications and on advanced energy conversion technologies.

Falcone chairs the advisory committee for the Department of Mechanical and Aerospace Engineering at Princeton University and the board of trustees of the Georgia Tech Research Corporation. She is a commissioner on the National Commission on Innovation and Competitiveness Frontiers led by the Council on Competitiveness and a member of the Leadership Council of the Government-University-Industry Research Roundtable of the National Academies of Science, Engineering and Medicine.

Falcone earned a B.S.E. in aerospace and mechanical sciences at Princeton University, and M.S. and Ph.D. degrees in mechanical engineering from Stanford University.