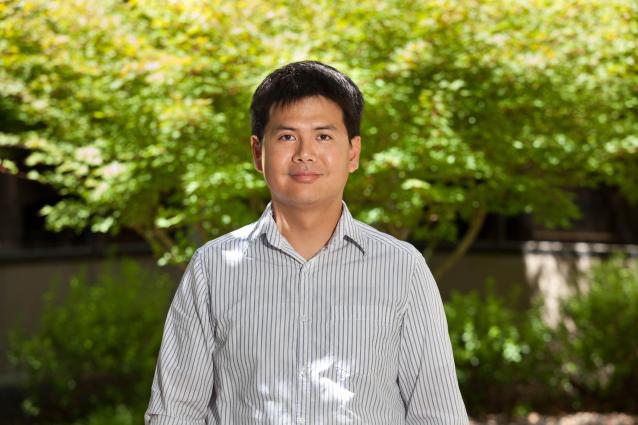 Yu-hsin Chen, an LLNL postdoc in the NIF & PS Directorate, has been selected to receive the 2012 Marshall N. Rosenbluth Outstanding Doctoral Thesis Award by the American Physical Society Division of Plasma Physics.

The award, sponsored by General Atomics, was established to recognize "exceptional young scientists who have performed original thesis work of outstanding scientific quality and achievement in the area of plasma physics."

The award certificate, to be presented during the Division of Plasma Physics Annual Meeting Oct. 29-Nov. 2 in Providence, reads: "For measurements and theory of the ultrafast, high field, nonlinear response of gases near the ionization threshold, characterization of femtosecond plasma filaments, and demonstration that femtosecond filamentation requires plasma stabilization."

Chen works on high-power, ultrafast short-pulse laser systems. His thesis, "The Ultrafast Nonlinear Response of Air Molecules and Its Effect on Femtosecond Laser Plasma Filament in Atmosphere," focuses on the fundamental understanding of the physics of filamentation. Filamentation occurs when an intense light beam induces a lens-like effect and self-focus until collapsing into one or multiple light "filaments."

Researchers are particularly interested in optical filamentation in air because of its potential applications such as remote sensing in the atmosphere, guiding of electrical discharges, terahertz generation, continuum spectrum generation and laser pulse shaping.

Chen received his bachelor's and master's degrees from National Taiwan University and his Ph.D. in electrical engineering from the University of Maryland, where he served as a graduate research assistant and postdoc until joining LLNL in January of this year.