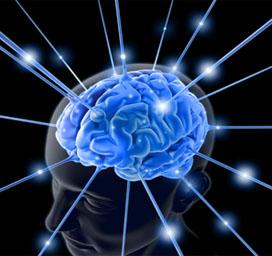 LIVERMORE, Calif. -- Using data derived from nuclear weapons testing of the 1950s and '60s, Lawrence Livermore scientists have found that a small portion of the human brain involved in memory makes new neurons well into adulthood.

The research may have profound impacts on human behavior and mental health. The study supports the importance of investigating the therapeutic potential of applying adult neurogenesis to the treatment of age-related cognitive disorders.

Neurogenesis is the process by which neurons are generated from neural stem and progenitor cells and, until now, were believed to be most active during pre-natal development.

LLNL's Bruce Buchholz, colleagues from the Karolinska Institute in Sweden and international collaborators found that hippocampal neurogenesis occurs at significant levels through adulthood and into old age. (Humans and other mammals have two hippocampi, one in each side of the brain.)

The hippocampal portion of the brain is thought to affect memory. Research has shown that people with a damaged hippocampus can have a variety of memory issues including long-term memory loss, loss of conversion of short-term to long-term memory or no spatial navigation.

The team used carbon 14 dating techniques, typically used in archaeology, to date cells in the hippocampus. The technique is based on the spike in global levels of carbon-14 that resulted from extensive above-ground nuclear weapons testing during the Cold War. Since the test ban, there has been a steady decline in atmospheric carbon 14.

Because plants absorb carbon 14 via CO2 during photosynthesis, animals that eat them also take in radioactive carbon; therefore, the carbon 14 level in the human body reflects that of the atmosphere. When a cell divides, newly synthesized DNA integrates a trace amount of carbon 14 that is proportional to the environmental level at the time of mitosis; so, the radioactivity of a cell nucleus can be used as a time stamp of the cell's genesis.

Using middle-aged mice for the experiment, the team found that one third of hippocampal neurons are subject to exchange with an annual turnover rate of 1.75 percent (1,400 new neurons are added every day) in adults with a modest decline in older individuals. The team then tested tissue from postmortem hippocampi of human subjects.

"We conclude that neurons are generated throughout adulthood and that the rates are comparable in middle-aged humans and mice, suggesting that adult hippocampal neurogenesis may contribute to human brain function," said Buchholz , who performed the radiocarbon dating for the study.

Researchers said the individuals showed significant variability in levels of incorporated carbon 14, which could serve as an opportunity to retrospectively compare levels of hippocampal neurogenesis with each individual's medical history in order to probe for a relationship between psychiatric conditions and rates of cell turnover.

The research appears in the June 6 edition of the journal, Cell.