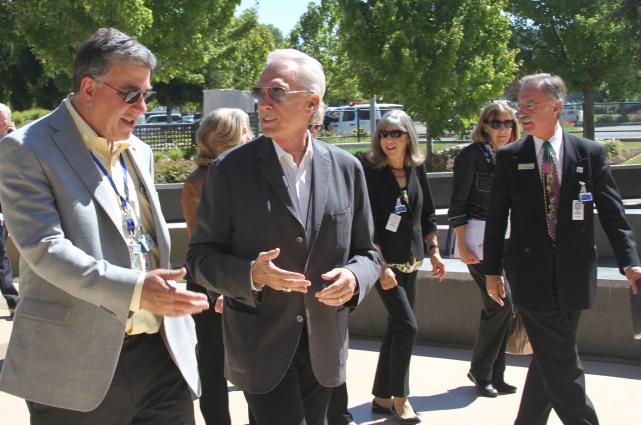 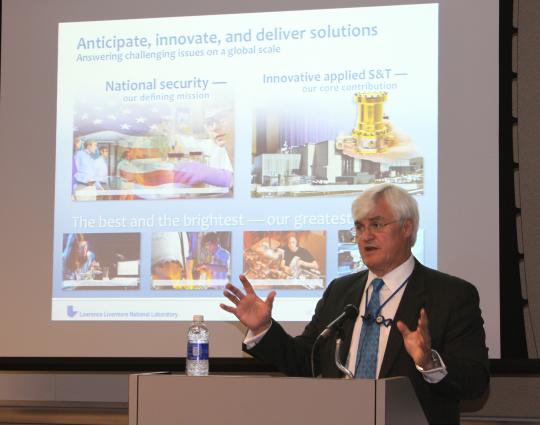 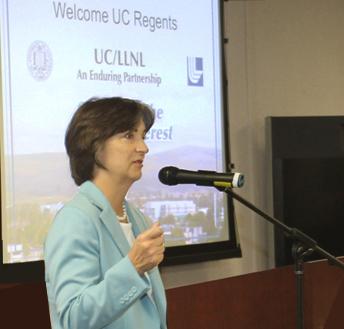 In an effort to strengthen and showcase the long-standing relationship between Lawrence Livermore National Laboratory (LLNL) and the University of California (UC), the UC Board of Regents held a public meeting at the Laboratory.

"This will be a great step in continuing the relationship between the [national] labs and the university," UC Regent Chairman Bruce Varner said at the Thursday morning meeting held at Livermore Valley Open Campus' High Performance Computing and Innovation Center.

The University of California had been the sole operator of LLNL since it was founded in 1952 until 2007. Since then, the Lab has been operated by Lawrence Livermore National Security (LLNS), LLC, which is a consortium of government contractors and UC.

UC Regent Norman Pattiz, who is the Chair of the UC Committee on the Oversight of Department of Energy (DOE) Laboratories as well as chair of the LLNS Board of Governors, said the visit to LLNL was intended for the regents who are members of this committee to see the important work the Lab conducts in the national interest.

"Lawrence Livermore National Laboratory takes a back seat to no one," Pattiz said. "This [visit] is an extraordinary opportunity for the regents to see these unique facilities."

LLNL Director Parney Albright said the partnership with UC is central to making the Lab great.

"UC is the main supplier of talent to the Lab," said Albright, who gave the regents an overview of LLNL's research and development capabilities and led them on a tour. "UC faculty have partnered on more LLNL [research] papers than any other institution."

In fact, Albright noted that a third of all LLNL post-doctoral researchers came from one of the UC system's 10 campuses. He said UC benefits from the Lab through faculty collaborations, unique facilities and capabilities, access to institutes, and training for undergrad and graduate students, among other things.

Pattiz said UC's share of the fee LLNS receives for managing the Lab goes back into funding LLNL research.

During their visit the regents toured LLNL's National Atmospheric Release Advisory Center (NARAC), the Terascale Simulation Facility (TSF) and the National Ignition Facility (NIF). They saw a demonstration of a regional-scale earthquake simulation at TSF and were briefed on the Lab's response to the Fukushima Daiichi power plant disaster in Japan.

Livermore Mayor John Marchand spoke briefly to the regents before accompanying them on the tours.

"The Lab is filled with very creative people," he said. "I believe the Laboratory is a large part of why Livermore is such a great community."

Prior to the tour, the regents heard public comments at the meeting from six speakers, all praising the relationship between UC, the Lab and the community. Varner quipped this was the first time in a while that "all the public comments were positive" during a regent meeting.

"I want to let you know how important the labs are to our local economy," Buchanan said. "They are an invaluable resource."

"It's very exciting that the Lab gives us so much support," Bowers said.

Granada High School teachers Elizabeth Lopez and Tom Shefler praised LLNL's efforts to train teachers in science and technology with its Teacher Research Academy (TRA) summer program and to promote science to schoolchildren with its Science on Saturday lectures at the Bankhead Theater in downtown Livermore.

"This helps students learn about how science is applied to the real world," Shefler said of the science talks.

The TRA, which is offered through a collaboration with Rutgers University, has allowed Lopez to work with her students at LLNL. She said they learned data analysis and lab skills, as well as having their work published.

Linda McKeever, executive director of Open Heart Kitchen, a nonprofit that provides free meals to the hungry in the Tri-Valley, said Lawrence Livermore helps provide her organization with 70,000 meals a year.

"The Lab is the heart and soul of this community," she said. "I just want to say 'thank you' to the Lab and everything they do for us." 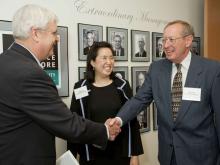 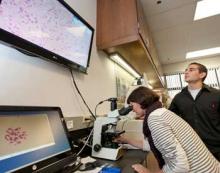