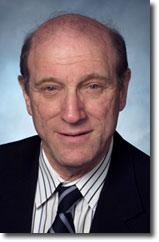 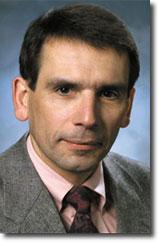 LIVERMORE, Calif. — Robert J. Budnitz and Karl van Bibber of Lawrence Livermore National Laboratory (LLNL) have been named fellows of the American Association for the Advancement of Science (AAAS). Election as a fellow is an honor bestowed upon AAAS members by their peers.

This year’s AAAS Fellows will be announced in the AAAS News & Notes section of the Nov. 24 edition of the journal Science .

In the Engineering section, Budnitz was selected for distinguished contributions to understanding the safety of nuclear power reactors and of deep geological radioactive waste repositories, with emphasis on probabilistic safety analysis.

Budnitz, who started at the Lab in late 2002, has worked in the nuclear power reactor safety field for 30 years. Upon arriving at the Laboratory, Budnitz had a two-year assignment in Washington D.C. to work on the Yucca Mountain project. Since his return to Livermore, he has continued his Yucca Mountain work and his reactor safety work including traveling internationally to assess and make safety recommendations to eastern European nations about their Soviet-designed nuclear reactors. In addition, Budnitz is working on the Department of Energy’s Global Nuclear Energy Partnership (GNEP) initiative.

Prior to LLNL, Budnitz worked as an independent consultant in the nuclear power safety field after stints at the Nuclear Regulatory Commission and Lawrence Berkeley National Laboratory.

"I’m honored to be selected as an AAAS fellow, especially considering that the Lab has so few AAAS fellows, many fewer than it deserves to have," he said. "It’s nice to get an award, and nice for the Lab, too."

In the physics category, van Bibber was elected for distinguished contributions to the field of astrophysics and particle accelerator physics, particularly for his efforts in the search for dark matter axions.

Van Bibber, a 21-year Lab veteran, is co-leader of LLNL’s Axion Dark Matter Experiment (ADMX) in which scientists are utilizing a microwave cavity in an intense magnetic field to detect the axion, an elusive particle that if discovered, will help determine how much of the dark matter is made up of these particles, how our galaxy came together, and the nature of quantum physics on macroscopic scales.

Previously, van Bibber began LLNL’s High Energy Physics & Accelerator Technology Group in 1991 and led it for 10 years, when he became chief scientist for the Physics and Advanced Technologies Directorate. He was the LLNL leader for the construction of the SLAC/LBNL/LLNL B Factory project, initiated the Lab’s involvement in the R&D and construction of the Linac Coherent Light Source (LCLS) project at SLAC, and led the Lab's participation in the U.S. research and development consortium for the International Linear Collider. Most recently, van Bibber joined the Laboratory Science and Technology Office as the deputy director for the Laboratory Directed Research & Development program.

"I was stunned when I received the letter, van Bibber said. "It's a singular honor, and particularly gratifying as it’s a reflection of how very distinguished members of the physics community regard one’s own career-long contributions to the field."

This year 449 members have been awarded this honor by AAAS because of their scientifically or socially distinguished efforts to advance science or its applications. New fellows will be presented with an official certificate and a gold and blue (representing science and engineering, respectively) rosette pin on Saturday, Feb. 17, at the Fellows Forum during the 2007 AAAS Annual Meeting in San Francisco.

The tradition of AAAS Fellows began in 1874. Currently, members can nominate for the rank of fellow if nominated by the steering groups of the association’s 24 sections, or by any three fellows who are current AAAS members (so long as two of the three sponsors are not affiliated with the nominee’s institution), or by the AAAS chief executive officer.

The AAAS council makes the final selections from the list of those nominated.