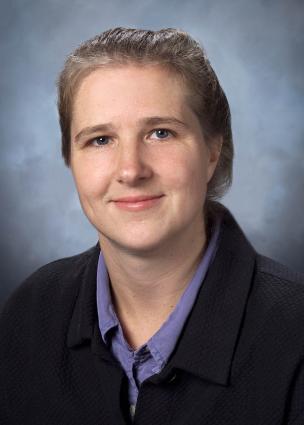 WASHINGTON D.C. - Edmond Chow and Christine Orme today will be honored with the 2002 Presidential Early Career Awards for Scientists and Engineers (PECASE) as science's foundation for the future .

The two Lawrence Livermore National Laboratory researchers, who were nominated by the Department of Energy’s Office of Science for outstanding work they have achieved early in their careers and their potential for future leadership, will be presented with their awards from the President's Science Adviser John H. Marburger III in a White House ceremony. They will also be honored by Energy Secretary Spencer Abraham in a special ceremony at DOE headquarters.

Orme, a physicist in the Laboratory's Chemical Biology and Nuclear Science Division of the Chemistry and Materials Science Directorate, is honored "for her work in understanding the physical mechanisms of biomineralization and the development of force microscopy-based methods of investigating mineralization at the nanoscale."

Chow, a computer scientist in the Computation Directorate, is honored "for research into preconditioning methods for discretized partial differential equations that has enabled scientists at LLNL to perform implicit simulations that were previously impossible. His planned research will produce still more sophisticated techniques; these will greatly facilitate the manner in which numerical simulation methods are developed and applied."

"I am thrilled that Edmond and Christine have been honored with Early Career Awards," Laboratory Director Michael Anastasio said. "These prestigious awards recognize cutting edge science. Innovation and technical excellence positions our Laboratory to effectively meet future scientific and national security challenges. My sincere congratulations to these two outstanding employees."

"Each of these researchers has made a distinctive contribution both as an independent investigator and as a team member," Abraham said. "Individually and collectively, they continue to be sources of invaluable technical direction and expertise in support of the department’s research and development and national security missions."

Orme's work has risen to a position of prominence within the biomineralization and crystal growth communities. Orme’s research examines, on an atom-by-atom, molecule-by-molecule basis, the organization of materials on surfaces and learning how that organization affects material properties.

"It is an incredible honor to have been selected for the Presidential Award and to represent the Department of Energy's science program," Orme said. "I hope to use this award to study the biological and physical interactions at surfaces in support of human health and national security."

Her research on the mechanisms by which living organisms control materials design and synthesis has catalyzed a new understanding of the stereochemistry of biomineralization. This work has implications for a wide variety of topics ranging from the biomimetic synthesis of nanostructures to the origins of life on Earth.

Orme has established herself as a skilled experimentalist with strong expertise in instrumentation and has taken her background in surface science and crystal growth physics to become one of the lead scientists for corrosion studies for the Yucca Mountain Project.

Chow's research involves mathematical algorithms for solving large, sparse linear systems used in supercomputer simulation codes by physicists and engineers within DOE and around the world. These algorithms are designed to be parallel and to run efficiently on Livermore's ASCI-class computers, each with thousands of processors.

Chow has recently taken his expertise in algorithms and parallel computing and started a Laboratory Directed Research and Development (LDRD) project to study very large-scale complex networks. These networks, like the graph of the Web, or the network of who-knows-who of everyone in the world, have far-reaching applications, from epidemiology to information analysis.

"I am truly honored to be chosen for a PECASE award," he said. "I am grateful to all the talented scientists who have helped and inspired me with their own work."

PECASE, established in 1996, honors the most promising beginning researchers in the nation within their fields. Eight federal departments and agencies annually nominate scientists and engineers at the start of their careers, whose work shows the greatest promise to benefit the nominating agency's mission. Participating agencies award these beginning scientists and engineers up to five years of funding to further their research in support of critical government missions.