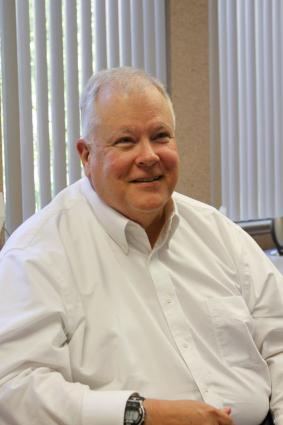 For some people, technology commercialization is an ordinary task of doing paperwork and ensuring the law is followed.

But it's much more than that in the view of Richard Rankin, the new leader of Lawrence Livermore National Laboratory's  Industrial Partnerships Office (IPO).

"One of the hardest parts of the technology commercialization business is picking winners among the wealth of intellectual property, and then coaching, shepherding and helping to give birth to a commercial product," Rankin said.

Rankin knows this from experience. During a successful 35-year career at Idaho National Laboratory (INL), he held four different positions as a technology transfer professional, and as a chemical scientist, he developed an instrument that was commercialized.

That instrument won Rankin an R&D 100 award in 1990 for its ability to detect chemicals and pollutants in the environment at very low concentrations and with very high precision.

The instrument was originally commercialized by Finnigan MAT into one product line and then into a total of six product lines.

As a chemical scientist, Rankin concluded about 70 technology licenses to use software and computer systems to assist INL's nuclear fuel reprocessing and effluent monitoring programs to help them achieve their missions.

"Tech transfer wasn't a mission then, but it was added later, and I was asked to help form the technology transfer function with another INL employee," he recalls.

Rankin says he loved technology commercialization from the start.

"Scientists and engineers come to work at the national laboratories not because they want to get wealthy, but because they want to have an impact. When you do technology transfer, you have an opportunity to broaden the scope of the impact you have," he said. The very best technology you have sitting on your lab bench has little impact compared to one that's been commercialized."

"At this point, I'm at a place where I don't need to work a normal job," Rankin said. "But what they described here as the challenge they wanted me to undertake sounded like a great opportunity to make an impact and to have fun doing it. Also, I like the Livermore community and my son had recently moved here."

In his first weeks on the job, Rankin said he has received a "very warm welcome."

"It's good to be here. I'm very impressed with the caliber of the people in IPO and at the Laboratory."

One of Rankin's goals for the Lab's IPO is to assist in transforming the office's focus to a wider, more business development-oriented perspective. In addition, he would like to more closely couple IPO with the Lab's scientific and engineering programs and the local economic development community.

"Rich's expertise will enable him to provide leadership for the rapid realization and recognition of LLNL as a significant driver of economic growth in the Tri-Valley region based on its capabilities, technologies, spinoffs and ability to attract collaborators and capital," said former LLNL Director of Economic Development Buck Koonce.

Rankin is a member of the Association of University Technology Managers, the Licensing Executives Society and the American Chemical Society. In addition to his R&D 100 award, he has received a Lifetime Achievement Award for Inventorship, a George Westinghouse Innovation Award (for the corporation's top inventors) and a George Westinghouse Signature Award (for engineering excellence).

During his time away from work, he enjoys the outdoors, including camping, whitewater rafting, hiking and riding his Harley-Davidson motorcycle.