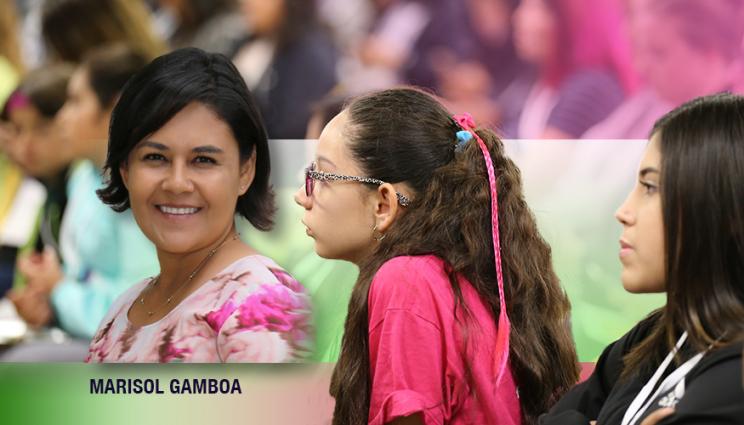 "If you work hard, you can accomplish anything you set your mind to." These are the inspirational words that Marisol Gamboa, a computer scientist at Lawrence Livermore National Laboratory, plans to share with young Latinas who may be pondering a career in a STEM field. 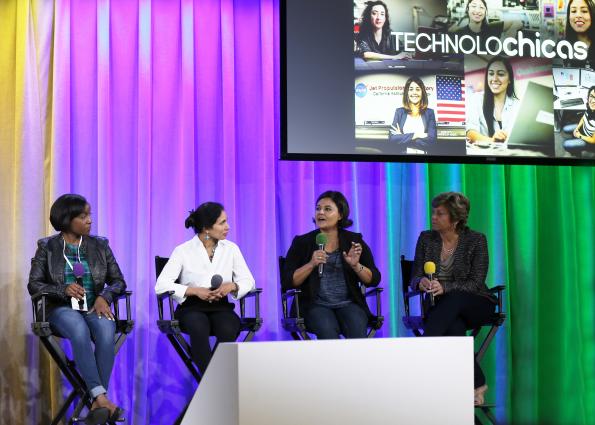 Gamboa, who leads a team of software developers as an associate division leader for the Global Security Computing Applications Division at the Laboratory, was recently designated as an ambassador for TECHNOLOchicas, a national initiative of the National Center for Women & Information Technology (NCWIT) and Televisa Foundation, designed to raise awareness among young Latinas and their families about opportunities and careers in technology (see Gamboa’s profile).

The goal of TECHNOLOchicas is to inspire and develop Latinas as technology workers and innovators. According to the White House Initiative on Educational Excellence for Hispanics, one in five women in the U.S. is a Latina and one in four female students in public schools across the nation is a Latina. Projections are that by 2060, Latinas will form nearly a third of the female population of the nation. Thus, the future of the nation is very much tied to the future of these women and girls.

Through TECHNOLOchicas, Gamboa, along with other Latinas who are in technology fields, vow to share their personal stories and serve as real-life role models girls can relate to. Ambassadors speak at events, volunteer at workshops, participate in interviews and organize outreach activities in their communities to inspire Latina youth.

Gamboa learned of the opportunity to become an ambassador earlier this year when she was invited to participate as a panelist at the TECHNOLOchicas 2.0 launch event hosted at Google and sponsored by NCWIT, the Televisa Foundation, the Eva Longoria Foundation and Univision Contigo. (See video highlights of the launch event on the TECHNOLOchicas YouTube channel; Gamboa speaks at the 5:14 mark.)

Gamboa was one of six panelists representing technology careers that included industry leaders from Qualcomm, mitu, NCWIT and other public and nonprofit organizations. More than 50 middle school students participated in the launch event to gain insight and inspiration from the panelists, followed by an afternoon of learning code and computer science concepts.

Eva Longoria, actress, producer, director and philanthropist, served as the moderator for the primary panel discussion that covered issues relating to Latinas in STEM. Longoria’s passion for the subject began when she wrote her master’s thesis, "Success STEMS from Diversity: The Value of Latinas in STEM Careers." Since then, she has launched the Eva Longoria Foundation to enable more Latinas to break the cycle of poverty.

"The growing Latina population is an untapped resource in this country," Longoria said. "If we give Latinas the tools to unlock their potential, we will see amazing results."

Gamboa claims she was inspired in high school to pursue a career in computer science after participating in the New Mexico Supercomputer Challenge. The challenge introduced her to a whole new world of opportunities and provided the avenue to discover her passion, developing software to solve problems. "When I felt the power, joy, and fulfillment of solving a difficult problem, I was hooked," Gamboa said. "I still thrive on solving difficult problems and live for it."

Despite her busy schedule, Gamboa is always open to new projects and mentoring others. "I enjoy the dynamic, ever-changing challenges I encounter each day as a software developer," Gamboa said. "Science and technology give us the tools to create the impossible. It has given me the power to make my ideas and the ideas of others real software that improves the world we live in."

#ShutdownSTEM an opportunity to reflect on ending racism