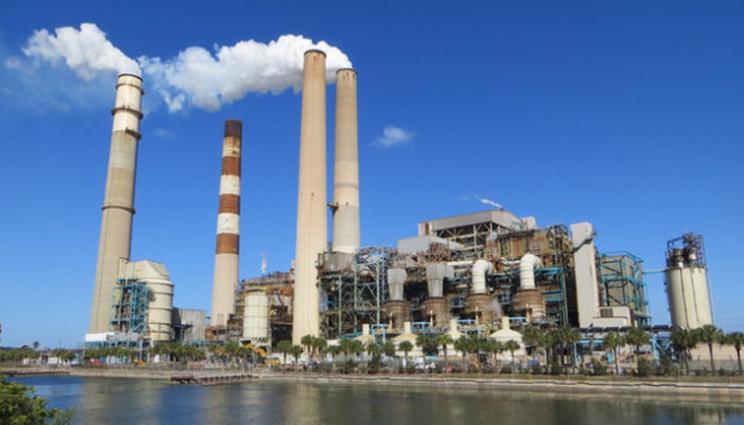 Thermoelectric materials convert heat to electricity or vice versa. However, their application to harvest waste heat is limited by challenges in fabrication and materials. Finding cost-effective ways to cover large and potentially complex surfaces has remained an issue but is crucial to take advantage of waste heat sources.

Waste heat is a huge untapped resource. Thirteen quadrillion BTUs of energy is lost annually through waste heat by U.S. industry. A BTU, or British Thermal Unit, is a unit of measurement for energy; 3,600 BTU is equivalent to about 1 kilowatt-hour.

But only three quads of BTU are recovered and put to work through co-location of processes, energy recovery through boilers and thermoelectric recovery. One challenge in harvesting the energy is devising a generator that can efficiently harvest the heat. For a thermoelectric material to be effective it must convert temperature gradient into voltage. It also requires high electrical conductivity, but low thermal conductivity.

In the new research, appearing in the Journal of The Minerals, Metals & Materials Society (JOM), the team cold-sprayed a bismuth-telluride powder on substrates ranging from stainless steel to aluminum silicate and quartz. The sprayed material had a randomly oriented microstructure largely free from pores and the cold-spray deposition was achieved without substantial compositional changes.

“These results demonstrate the power and versatility of cold-spray additive manufacturing and provide a pathway toward fabrication of thermoelectric generators in complex geometries that are inaccessible to generators made by traditional approaches,” said LLNL materials physicist Alex Baker, lead author of the paper.

Cold-spray deposition of coatings is widely used across industry for corrosion-resistant claddings, surface functionalization and localized repair. In this technique, micron-scale metal particles are entrained in supersonic gas and directed onto a metal surface. Upon impact, the particles plastically deform and bond with the surface or one another.

Cold-spray has typically been limited to malleable materials, making it well suited for structural elements and alloys, but is not well equipped for functional materials, which are typically brittle. In collaboration with industrial partner TTEC Thermoelectric Technologies, LLNL is working to extend the range of materials that can be cold-sprayed as part of the Technology Commercialization Funds (TCF) program funded by the Department of Energy.

“Cold-spray operates at comparatively low temperatures, beneath the melting point of most functional materials, so it is attractive to consider the possibility of an additive manufacturing technique that preserves the tailored microstructure that drives functional properties,” Baker said.

Thermoelectric generators (TEGs) have no moving parts, are not based on chemical reactions and have long operating life with no maintenance requirements, making them excellent candidates for power sources on remote or inaccessible locations. To date, adoption of TEGs to harvest waste heat has been limited, in part due to the difficulty of fabricating parts that make intimate thermal contact with cooling fins or radiated from transfer pipes.

“One of our goals is to bring this technology to LLNL, where it can be applied to a broad range of additive manufacturing issues,” said Harry Radousky, TCF principal investigator.

Other LLNL researchers include Nathan Woollett, Alyssa Maich, Elissaios Stavrou and Scott McCall. Researchers from University of the Pacific and industry partner TTEC Thermoelectric Technologies also contributed to the research. The LLNL portion of the work was funded by the Department of Energy’s Office of Technology Transition’s Technology Commercialization Fund.