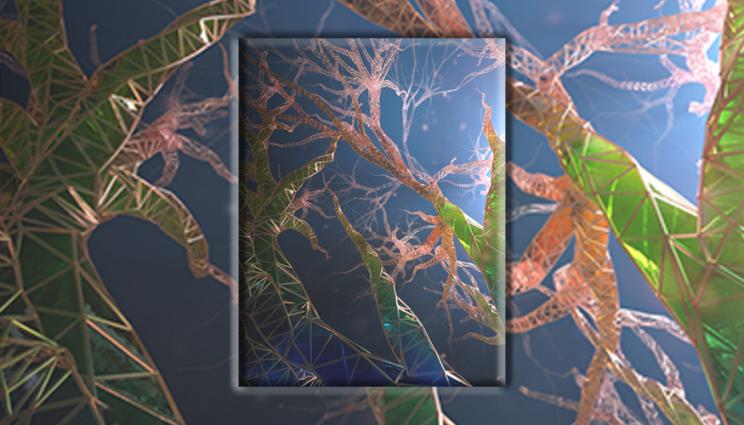 In a paper published today in Nature and featured on the publication’s cover, LLNL researchers describe 3D-printed micro-architected structures capable of containing and flowing fluids to create extensive and controlled contacts between liquids and gases. The ordered, porous and open-cell structures facilitate surface tension-driven capillary action (the movement of liquid though small pores due to adhesion and cohesion forces) in the unit cells — akin to a tree pulling water from soil or a paper towel soaking up a spill — and enable liquid and gas transport throughout the structures.

“Using this approach, we can design and print ordered porous media with many degrees of control over how liquids and gases behave within these structures,” said lead author and LLNL staff scientist Nikola Dudukovic. “Porous media — like sponges or paper or fabrics — generally tend to have disordered microstructure and are therefore difficult to describe analytically and computationally. Cellular fluidics allows you to, in a sense, create an ordered ‘sponge,’ where liquids and gases travel exactly where you want them to go.”

The processes they demonstrated included absorption (capturing gaseous CO2 into a liquid), evaporation (the transport of liquid into a gas phase) and transpiration, where scientists showed the structures were capable of cooling themselves by evaporating liquid into the atmosphere while refilling themselves from a liquid reservoir, like how plants release vapor while continuously replenishing water from the soil.

“We were certainly inspired by nature, but we recognized that human beings have fallen far short of replicating nature in all of its exquisite complexity. However, this is one step along the way,” explained principal investigator and research engineer Eric Duoss. “We started to see that we could deterministically control how a liquid would flow into the porous architecture by programming some of the local microscale attributes of these structures — it was kind of an epiphany from that standpoint. We found we could not only control the arrangement and propagation of liquids, we also could control the arrangement and propagation of gases. When you have control over both, you can do some pretty incredible things.”

The ability to design precise gas/liquid interfaces and preferred transport pathways while exhibiting control over transport rates will allow scientists to experimentally and computationally study capillary and other flow and transport phenomena, and potentially transform disciplines involving multiphase processes, including traditional microfluidics, that are primarily used for point-of-care health diagnostics, organ-on-a-chip devices and other applications, researchers said.

“This is a very different way of thinking of a microfluidic flow, where we do have a lot of air/liquid interfaces,” said LLNL researcher and co-author Erika Fong. “For example, many microfluidic devices are designed to do biological assays but are not easily adopted by biologists who generally use open well plates, which you can access very easily manually, unlike closed microfluidic devices. We see this as a way that can help bridge the gap between traditional microfluidics and open systems.”

“In plants, water and nutrients are transported through a central vasculature to leaves that facilitate gas transfer for metabolism,” said co-author and LLNL research engineer Josh DeOtte. “Here, we’re looking at both of those functions rolled into one system – liquid and gas transport – and tying that into three dimensions rather than flat configurations.”

To test integration with traditional microfluidics, LLNL engineer and co-author Hawi Gemeda led active flow experiments using syringe pumps to control the flow of liquids into a 3D-printed device and observed the flow behavior. The researchers found that preferred pathways could be programmed by controlling the type, size and density of the unit cells, and discovered they could improve liquid retention under active flow conditions by precise structure design.

This capability also allowed the researchers to pattern selective regions of the 3D-printed polymer lattices with conductive and catalytically active metallic coatings.

Besides advancing microfluidics, researchers said cellular fluidics show promise for applications in outer space, where it would allow for fluid transport in the absence of gravity, and in aerosol sample collection and gas filtration, due to the ability to precisely control contact between liquid and gas phases. It also could improve heat transfer by incorporating lattice designs that allow structures to remain cooled over extended periods of time.

While Lab researchers have a long list of plans for the technology, their immediate goal is applying cellular fluidics to electrochemical reactors used to convert carbon dioxide to useful products. The process involves adding electrons, protons and a catalyst for CO2 to undergo complex reactions. Researchers believe cellular fluidics could provide greater control over the interface between the gaseous CO2, liquid electrolyte and the metal catalyst, where these reactions take place.

The team also is exploring the use of cellular fluidics in bioreactors, in which bacteria consume gaseous methane and excrete organic byproducts. Cellular fluidics could be used to create extremely thin walls in the reactors, thereby improving reactivity and enabling scientists to load more bacteria into the devices to improve performance. Future work is planned in design optimization, fluid/mechanic co-design, detection of biological threats or energetic materials and even engineered living materials.

“The problem with these complex environments is that we haven’t had a good way to create model systems to facilitate understanding the fundamental science. For example, we can’t yet make artificial lungs, where you have this complexity of having gases, liquids and solids co-present,” said Duoss, director of LLNL's Center for Engineered Materials and Manufacturing. “But now what we have is a platform to do those fundamental studies that are so important for creating understanding. With that newfound understanding in hand, we will have an incredible opportunity to apply it.”