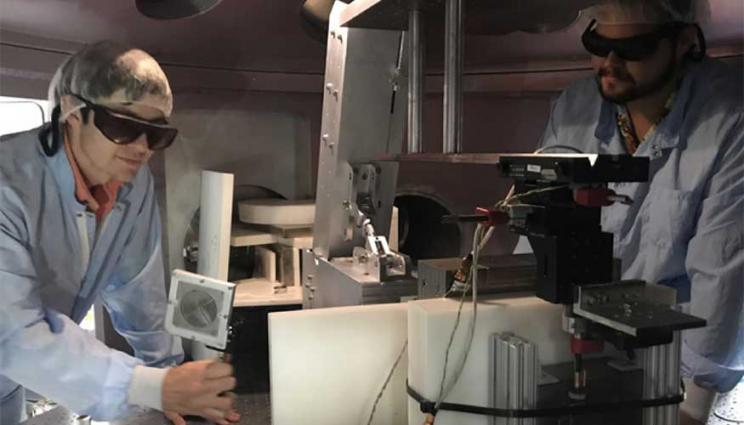 A group of NIF & Photon Science summer scholars and visiting graduate students are experiencing the value of teamwork as they conduct experiments at LLNL’s Jupiter Laser Facility (JLF).

"I’m really excited to see whether these will lead to new experiments in the future," said Thibodeau, a senior physics and math major. "I know one of the goals is to find things that are interesting, but there may not be time to look fully into now. That’s the nice thing about science. We’re always opening doors for ourselves for the future."

And the JLF is the place to learn what high-intensity lasers do to matter, said Hinojosa, an applied physics grad student. "There’s not a whole lot of other places that can study that," he said. "This laser is definitely one to use for HED science."

They’re working with principal investigator Félicie Albert, a physicist who has worked for the Lab for 10 years, to accelerate particles through a regime called self-modulated laser wakefield acceleration.

The work is supported by two of Albert’s research grants, one from the Laboratory Directed Research and Development (LDRD) program, and the other an early career research program award from the Department of Energy Office of Science. The experiments, conducted on JLF’s Titan laser, are co-led by King and Nuno Lemos, a postdoc researcher who has worked with Albert at the Lab for two years. 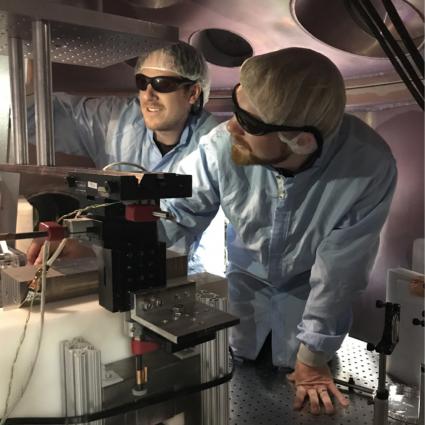 By using laser-driven plasma to accelerate electrons, the project’s goal is to generate novel X-ray light sources for applications such as radiography, King said. The group has collaborated with other LLNL departments to experiment with different types of radiography targets. "Seeing the resolution of our images from these X-rays was really exciting to me," he said.

The experiments required close teamwork, including shifting roles and learning different jobs, said Kraus, who brought his expertise with spectrometers to the group to focus on specific details of X-rays.

"There’s a lot of different levels of expertise here, from basically beginners to really experienced, and everyone counts, which is great," he said. "The newest person can still discover something."

"It brings people from all different schools, from whatever research they’re doing, in here to do something totally different," Kraus added. "Every day, we have a plan of what’s going to happen. But then the first shot happens, and everything is totally different than we thought, so we change our plans."

Those changes spur various conversations, including "us talking with mentors, talking amongst ourselves, trying to understand what we see and then what we do about it," he said. "So, the plan is collaborative." 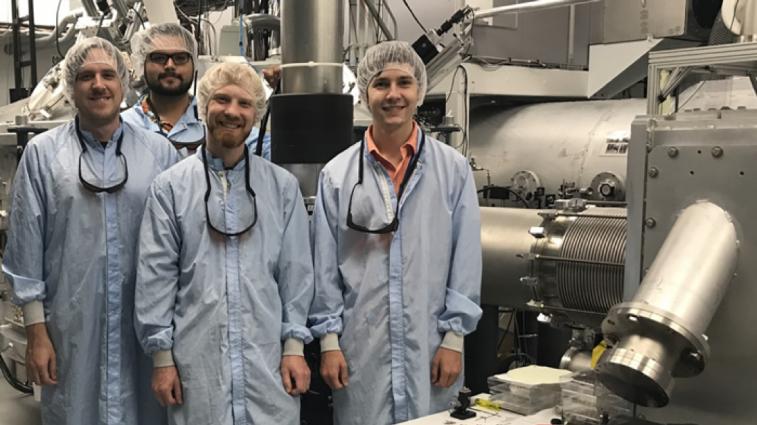 Albert said such lessons are valuable to both the young scholars and to existing Lab scientists like herself "because they’re the next ‘us.’ "

"It’s a real pleasure to try to have an impact on younger scientists’ careers, because I was in their shoes once," she said. "Having them get as much hands-on experience as possible, tweaking things, understanding the setup, rather than me doing stuff is also important for them because they have to learn."

And collaboration and teamwork are essential to science.

"I wouldn’t be half of what I am today without my teammates and collaborators, whether they are more senior or more junior than I am," Albert said.
She also noted that King was a summer scholar two years ago and will be the first author of an upcoming paper.

"That shows this program is a great pipeline to bring great talent to the Lab," she said.