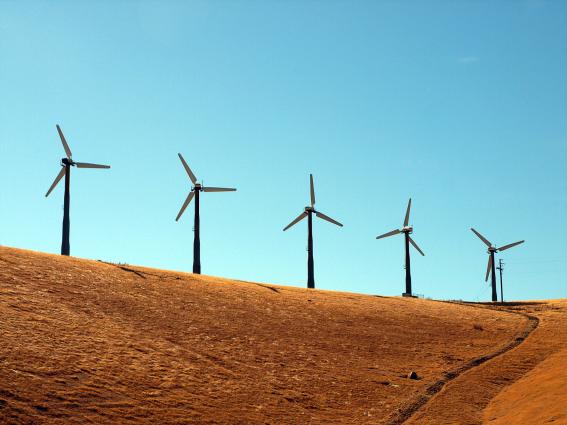 LIVERMORE, Calif. --Though there is enough power in the earth's winds to be a primary source of near-zero emission electric power for the world, large-scale high altitude wind power generation is unlikely to substantially affect climate.

That is the conclusion of a Lawrence Livermore National Laboratory climate scientist and collaborators who studied the geophysical limits to global wind power in a paper appearing in the Sept. 9 edition of the journal, Nature Climate Change .

"The future of wind energy is likely to be determined by economic, political and technical constraints rather than geophysical limits," said Kate Marvel, lead author of the paper and a scientist in the Laboratory's Program for Climate Model Diagnosis and Intercomparison.

Airborne turbines that convert steadier and faster high-altitude winds into energy could generate even more power than ground- and ocean-based units. The study examined the limits of the amount of power that could be harvested from winds, as well as the effects high-altitude wind power could have on the climate as a whole.

Turbines create drag, or resistance, which removes momentum from the winds and tends to slow them. As the number of wind turbines increases, the amount of energy that is generated increases. But at some point, the winds would be slowed so much that adding more turbines will not generate more electricity. This study focused on finding the point at which energy generation is highest.

Using a climate model, Marvel, along with Ben Kravitz and Ken Caldeira of the Carnegie Institution Department of Global Ecology, estimated the amount of power than can be produced from both near-surface and high-altitude winds.

The group found that wind turbines placed on the earth's surface could extract kinetic energy at a rate of at least 400 terawatts, while high-altitude wind power could extract more than 1800 terawatts. Current total global power demand is about 18 terawatts.

At maximum levels of power generation, there would be substantial climate effects from wind harvesting. But the study found that the climate effects of extracting wind energy at the level of current global demand would be small, as long as the turbines were spread out and not clustered in just a few regions. At the level of global energy demand, wind turbines might affect surface temperatures by about 0.2 degrees Fahrenheit and affect precipitation by about 1 percent. Overall, the environmental impacts would not be substantial.