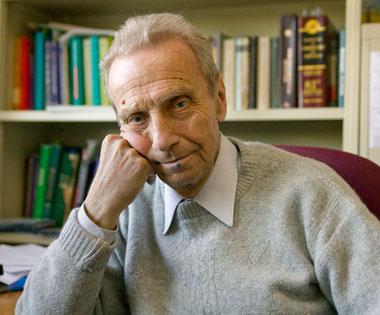 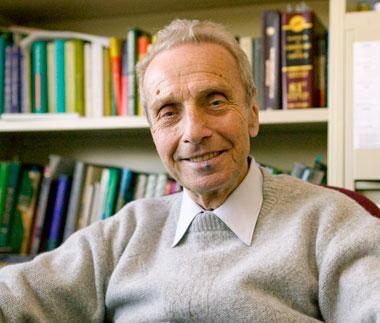 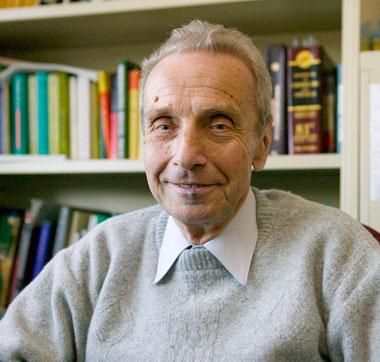 For statesman-like Chernov, science is where the heart is

A metamorphosis occurred when Alex Chernov was 12 years old and missed school for two weeks because he was sick.

He fell in love with physics. During that two-week stint in bed, Chernov, an avid reader, decided to crack open a physics textbook and read it in its entirety.

"That was the decision of my life and I never regret it for one minute," said Chernov, who works in the Lab’s Material Science and Technology Division within the Chemistry, Materials, Earth and Life Sciences Directorate. "Crystal growth is my first love."

Hailing originally from Moscow, Chernov has specialized in material science and crystal growth since graduating in physics from the University of Moscow. His introduction to crystals was at his first job with the Institute of Crystallography at the USSR Academy of Sciences. Coming from a family of doctors (his father, mother and sister were all therapists and his daughter is a pediatrician), going into science was easy for Chernov.

"Quantitative physics of crystal growth was born to meet the demands in semiconductor, laser and sensor materials, on top of traditional metallurgy, drug, food, paint and powder industries based on crystallization," he said. "I was happy to be a part of this burst — distribution of impurities and kinetic phase transitions, computer simulation of crystal growth, morphological stability of crystal facets, kinetic coefficients and chemical vapor deposition. They were all new at that time."

For his work on crystallization, Chernov was elected to the USSR (now Russian) Academy of Sciences.

He came to the United States in 1992 and worked half time at the National Institute of Standards and Technology (NIST) while working the other half in Moscow.

In 1996, Chernov was elected to serve as a director of NASA/Universities Alliance at Universities Space Research Association/George C. Marshall Space Flight Center in Huntsville, Ala. The alliance’s goal was to develop basic materials science and the most challenging was the crystallization of proteins. The scientific puzzle was why protein crystals in ~20 percent of experiments grow better when convection is missing. Chernov and his team’s hypothesis of diffusional self-purification is still used within European, Japanese, and Canadian programs.

Working in the crystal growth field, Chernov became acquainted with Jim De Yoreo, a big player in the crystal growth community, who at the time was working at the Laboratory. De Yoreo (who is now the deputy director for research at the Molecular Foundry, a DOE nanoscale Science Research Center at Lawrence Berkeley) recruited Chernov, who gladly accepted the invitation in 2006.

"Alex is without question the most famous scientist in my field of research. And yet, he is totally unpretentious and treats all of his colleagues from the most senior and celebrated to the greenest of students with respect, never putting on an air of superiority," De Yoreo said. "Whenever I am confused about any aspect of our crystal growth research, Alex is the first one I talk to. Even if he doesn’t know the answer, he knows how to guide the discussion to get us closer to it. Alex has a wonderful combination of warmth and wisdom that makes him the most delightful of colleagues."

Chernov came to work on a Laboratory Directed Research Development project in crystal growth of biominerals that combines modeling, theory and experimentation.

Chernov’s dive into physics research started at a time when scientists were looking at the bigger scientific questions of the time using basic principles of physics. But now he said the shift has moved to more details – the overall tendency in all sciences.

"Young people know how to play the piano on a computer keyboard, but sometimes it’s necessary to go back to the simple calculations and estimates to find the answers," he said. "It needs to be a combination of the computer modeling, with the top first principle approach, and real simple back-of-the-envelope sketches."

Chernov is now working in the materials science field helping create targets out of deuterium and tritium for the National Ignition Facility.

"People who get the chance to work directly with Alex quickly realize that he is singularly impressive, able to rapidly assess key issues and provide keen insights into a wide variety of condensed matter physics problems," said Jeff Atherton, NIF and Photon Sciences deputy principal associate director. "Alex’s contribution in developing the rapid growth process of KDP crystals, used for harmonic conversion and the optical switch, was a critical factor in the success of NIF."

His work in crystal growth has garnered many accolades. In August, he was elected president of the International Organization for Crystal Growth (IOCG) until 2010. In October 2007, he was elected a foreign member of the Bulgarian Academy of Sciences. Chernov has been a member of the USSR/Russian Academy of Sciences (RAS) since 1987. He is laureate of the F.C. Prize of the IOCG (inauguration award, 1989), earned the Russian Federation Government Prize in Science and Technology (1998), the E. S. Fyodorov Prize in crystallography (RAS), a special RAS prize for diamond synthesis and "Doctor Honoris Causa" by Ovidius University, Romania (2006).

A humble statesman-like scientist, Chernov enjoys reading and hiking when he’s not working or digging into the details with younger scientists after hours. He’s read Tolstoy’s "War and Peace" three times during different periods of his life and said he may even read it again, even though he doesn’t like Tolstoy’s attitude toward science.

"Science is my home," Chernov said. "I bring my home with me wherever I go. I think of science that way."