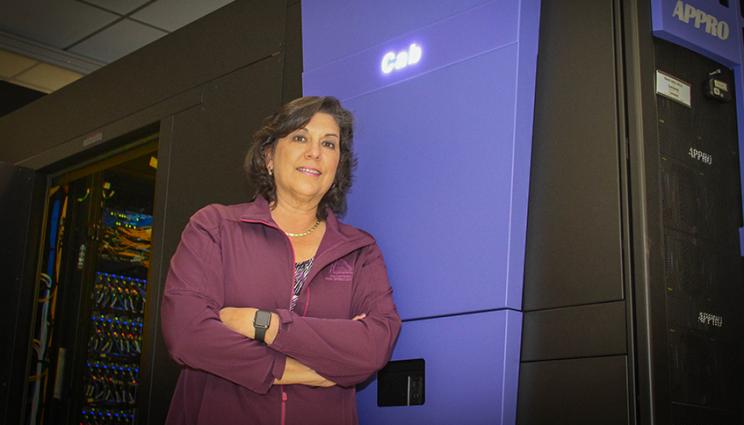 Anna Maria Bailey, LLNL high performance computing facility manager, with the Cab supercomputer that will be retrofitted with liquid cooling in January. Photos by Julie Russell/LLNL

Asetek, a leading provider of energy, efficient liquid cooling systems for data centers, servers and HPC clusters, has received a $3.5 million grant from the CEC for retrofits at two California high performance computing (HPC) centers. A second yet-to-be-disclosed California data center also will be retrofitted under the grant next year. Energy savings and the associated cost reductions are critical to data centers and supercomputing facilities around the world.

"We are excited about this important project," said John Hamill, Asetek vice president for worldwide sales. "Not only will it benefit LLNL, but the results gathered from the project will be used to improve energy efficiency of data centers worldwide."

Lawrence Livermore’s CAB supercomputer will undergo retrofitting in January during the first phase of the project. CAB, a Linux commodity cluster delivering 431 teraflops (trillions of floating point operations per second) for unclassified computing, is currently air cooled. Later next year, one of the recently announced Commodity Technology System (CTS-1) clusters slated for installation at Lawrence Livermore also will be fitted with an Asetek emerging future liquid cooling technology as the second phase of this grant. 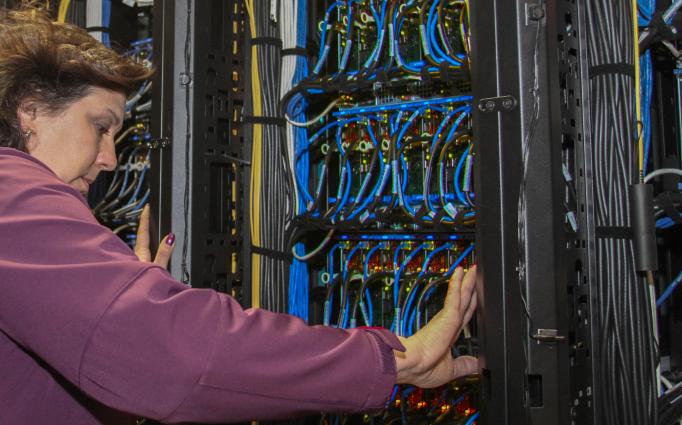 "This is an exciting project with Asetek that will help advance the state-of-the-art in energy savings for data centers," said Anna Maria Bailey, LLNL’s HPC facilities manager and a co-organizer of the annual Energy Efficient Working Group workshop conducted at the upcoming Supercomputing Conference. "As part of this project, we will measure savings and assess such potential benefits as improved computational performance."

LLNL has entered into a "work for others" contract with Asetek to undertake the retrofits. The selected systems for the first phase of the project, all currently air cooled, will be retrofitted with Asetek’s all-in-one liquid cooling technology. The liquid cooling technology is used to reduce power, greenhouse gas emissions and lower noise in data centers, servers, as well as HPC systems.

The project and many other similar energy-efficient HPC efforts will be discussed during the Energy Efficient High Performance Computing Working Group’s all-day workshop at SC15, 9 a.m. to 5:30 p.m. Monday, Nov.16, in Salon A of the Hilton Hotel, Austin, Texas. Bailey is the co-chair of the group.

"Reducing power consumption and the associated costs at data centers and high performance computing facilities is a leading concern of the HPC community," Bailey said, noting that "addressing this issue is critical as we develop ever more powerful next-generation supercomputers."