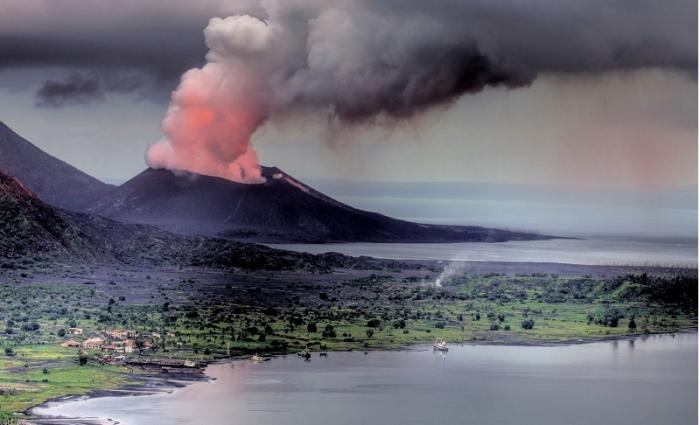 The "warming hiatus" that has occurred over the last 15 years has been caused in part by small volcanic eruptions.

Scientists have long known that volcanoes cool the atmosphere because of the sulfur dioxide that is expelled during eruptions. Droplets of sulfuric acid that form when the gas combines with oxygen in the upper atmosphere can persist for many months, reflecting sunlight away from Earth and lowering temperatures at the surface and in the lower atmosphere.

Previous research suggested that early 21st-century eruptions might explain up to a third of the recent warming hiatus.

"This new work shows that the climate signals of late 20th- and early 21st-century volcanic activity can be detected in a variety of different observational data sets," said Benjamin Santer, a Lawrence Livermore National Laboratory scientist and lead author of the study.

The warmest year on record is 1998. After that, the steep climb in global surface temperatures observed over the 20th century appeared to level off. This "hiatus" received considerable attention, despite the fact that the full observational surface temperature record shows many instances of slowing and acceleration in warming rates. Scientists had previously suggested that factors such as weak solar activity and increased heat uptake by the oceans could be responsible for the recent lull in temperature increases. After publication of a 2011 paper in the journal Science by Susan Solomon of the Massachusetts Institute of Technology (MIT), it was recognized that an uptick in volcanic activity might also be implicated in the warming hiatus. 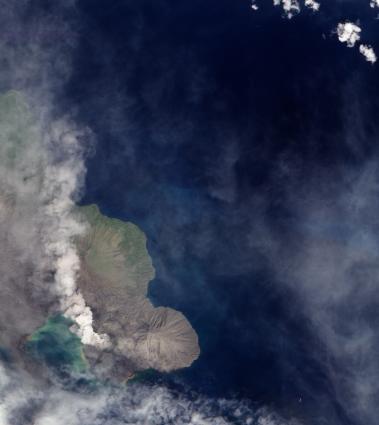 Prior to the 2011 Science paper, the prevailing scientific thinking was that only very large eruptions — on the scale of the cataclysmic 1991 Mount Pinatubo eruption in the Philippines, which ejected an estimated 20 million metric tons (44 billion pounds) of sulfur — were capable of impacting global climate. This conventional wisdom was largely based on climate model simulations. But according to David Ridley, an atmospheric scientist at MIT and lead author of the November GRL paper, these simulations were missing an important component of volcanic activity.

Ridley and colleagues found the missing piece of the puzzle at the intersection of two atmospheric layers, the stratosphere and the troposphere — the lowest layer of the atmosphere, where all weather takes place. Those layers meet between 10 and 15 kilometers (six to nine miles) above the Earth.

Satellite measurements of the sulfuric acid droplets and aerosols produced by erupting volcanoes are generally restricted to above 15 km. Below 15 km, cirrus clouds can interfere with satellite aerosol measurements. This means that toward the poles, where the lower stratosphere can reach down to 10 km, the satellite measurements miss a significant chunk of the total volcanic aerosol loading.

To get around this problem, the study by Ridley and colleagues combined observations from ground-, air- and space-based instruments to better observe aerosols in the lower portion of the stratosphere. They used these improved estimates of total volcanic aerosols in a simple climate model, and estimated that volcanoes may have caused cooling of 0.05 degrees to 0.12 degrees Celsius since 2000.

The second Livermore-led study shows that the signals of these late 20th and early 21st eruptions can be positively identified in atmospheric temperature, moisture and the reflected solar radiation at the top of the atmosphere. A vital step in detecting these volcanic signals is the removal of the "climate noise" caused by El Niños and La Niñas.

"The fact that these volcanic signatures are apparent in multiple independently measured climate variables really supports the idea that they are influencing climate in spite of their moderate size," said Mark Zelinka, another Livermore author. "If we wish to accurately simulate recent climate change in models, we cannot neglect the ability of these smaller eruptions to reflect sunlight away from Earth."

To see the full research, go to Geophysical Research Letters and the Wiley Online Library.