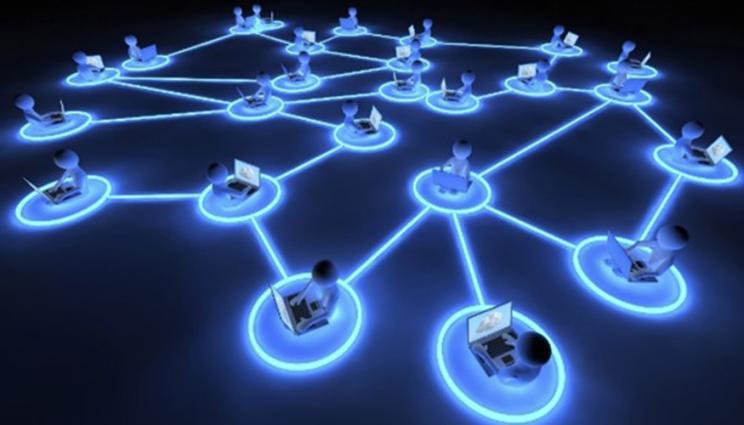 Collaborative-autonomy software applications allow a group of networked devices to collaboratively detect, gather, identify and interpret data; defend against cyber-attacks; and continue to operate despite infiltration.

The U.S. modern critical infrastructure — from the electrical grid that sends power to homes to the pipelines that deliver water and natural gas and the railways and roadways we travel — is full of digitized components.

In a power grid, this includes distributed energy resources (DERs) such as smart meters, solar inverters, power-quality sensors and protection devices that are geographically spread out, programmable and network connected.

These networks, as currently designed, typically rely on a single control center for analysis and decision making.

“Unfortunately, control centers offer a cybersecurity single point of failure,” said computational mathematician Colin Ponce of Global Security’s E Program. “We need to design our systems so that if the control center or one of the devices is hacked and infiltrated in a cyberattack, the entire system doesn’t shut down or give attackers complete control over our critical infrastructure.”

To defend against cyber-attacks and harden the system, LLNL multidisciplinary teams of mathematicians, systems analysts, power engineers, cybersecurity experts and computational scientists have turned to collaborative autonomy — a new class of computational techniques that teach networked devices how to self-organize into a collective whole.

Skywing provides approaches and solutions for real-world applications that solve problems and allow for confidence in the results. It also helps lower the barrier to entry for those who may lack fluency in decentralized software development.

Skywing provides automated search-and-acquire functionality for devices to find data. To perform tasks with the data, Skywing also offers a set of asynchronous consensus algorithms that allows devices to “gossip” back and forth with each other until they come to an agreement on a solution. Users can then apply these algorithms as building blocks to construct more advanced applications.

“DERs come in all shapes and sizes and have a range of functions,” said Jovana Helms, associate program leader for Critical Infrastructure Cybersecurity at LLNL. “They also must operate in harsh, unreliable environments that are susceptible to both natural hazards and intentional attacks. We designed and developed Skywing to be universally applicable and very robust despite the operational environment.

“With collaborative autonomy in place, an adversary has to compromise many different devices rather than just one to achieve the same objective, making it much more difficult for them. We are using the inherent nature of our distributed system to our advantage, making it more resilient and secure,” Helms said.

“The expertise at the Lab and the range of skills here just aren’t available anywhere else. We’re able to approach these problems from a variety of perspectives and develop synergistic software solutions,” Ponce said.

Notes Nate Gleason, Cyber and Infrastructure Resilience program leader: “This is a big milestone for collaborative autonomy applications for infrastructure control systems, as it is now available to the broader research community and demonstrates LLNL’s leadership in this area.”

Skywing is available via Github.