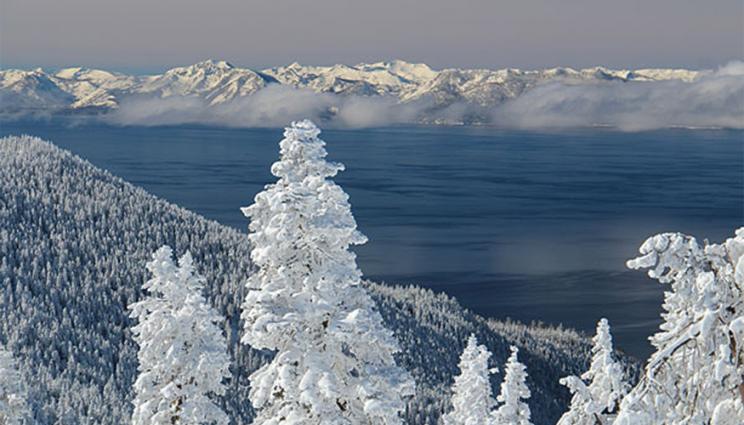 New research suggests snowpack loss in the Sierra Nevada will fast-track in the coming decades.

Sierra snowpack melt is steady, but not for long

Snowpack loss in the northern Sierra Nevada will likely accelerate in the coming decades.

Scientists at Lawrence Livermore National Laboratory (LLNL), Oregon State University and the University of Washington found that natural swings in the sea surface temperature over the Pacific Ocean have resulted in atmospheric circulation changes that have muted the effect of climate change on snow in the Sierras since the 1980s.

Although the amount of water contained in the snowpack has declined over the past century, it has been surprisingly stable since the 1980s, despite 1 degree Celsius of warming over the same period.

"A comparison between temperature and snowpack changes suggests that snowpack is quite resilient to warming," said LLNL scientist Stephen Po-Chedley. "However, we found that the contribution of global warming to Western U.S. snowpack loss has in reality been large and widespread since the 1980s, but mostly offset by natural variability in the climate system."

The result points to a faster rate of snowpack loss in coming decades, when the impact of global warming is more likely to be amplified, rather than offset, by natural variability.

Multidecadal natural variability looks a lot like the El Niño/La Niña phenomenon, but on a much longer timescale. Whereas El Niño/La Niña changes year to year, the team looked at trends in sea-surface temperature over a 35-year period. The variability has trended toward more snow for Western mountains for the last three decades, but it isn’t likely to last.

"The relative stability of Western U.S. snowpack since the mid-1980s is unlikely to persist, indicating that there will be an accelerated decline in the coming decades as the phase of variability becomes less favorable for snowpack accumulation," Po-Chedley said.

Since 1950, the snowpack on April 1 (the beginning of the warm dry season) has decreased by 15 percent to 30 percent over much of the Western United States, as warmer temperatures have caused a shift from snow to rain, particularly at low elevations. Climate models indicate a further decrease in winter snowpack of perhaps 60 percent by 2050, leading to a dramatic reduction in summer stream flows in a region where water shortages are already common.

The research was funded by the Laboratory Directed Research and Development Program.