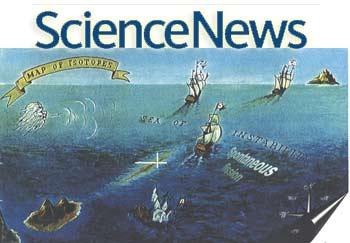 Setting sail toward the island of stability

Researchers searching for the elusive "island of stability" may have a better map.

With the recent discovery of six new variations of the superheavy elements on the bottom rung of the periodic table, scientists are closer to creating elements that are expected to last long enough for in-depth study.

The team saw the isotopes of rutherfordium, seaborgium, hassium, darmstadtium, and copernicium by watching the decay of the yet-to-be-named element 114, a synthetic element first produced about a decade ago. Each isotope of an element differs in the number of neutrons in its nucleus, a variable that can affect radioactivity and other properties.

The island of stability is a term in nuclear physics that refers to the possible existence of a region beyond the current periodic table where new superheavy elements with special numbers of neutrons and protons would exhibit increased stability. Such an island would extend the periodic table to even heavier elements and support longer isotopic lifetimes to enable chemistry experiments.

In the recent experiments, the nuclear chemists created a sample of element 114 by bombarding a plutonium target with a beam of calcium ions. As the handful of atoms began to decay -- a process that takes less than a tenth of a second -- the team saw six previously undiscovered isotopes of other heavy elements.

To read more, go to the Science News Website. 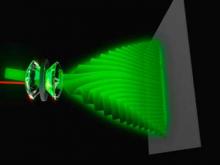