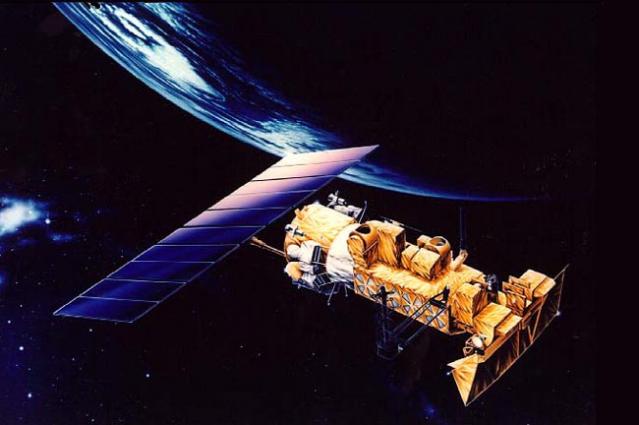 LIVERMORE, Calif. -- In order to separate human-caused global warming from the "noise" of purely natural climate fluctuations, temperature records must be at least 17 years long, according to climate scientists.

To address criticism of the reliability of thermometer records of surface warming, Lawrence Livermore National Laboratory scientists analyzed satellite measurements of the temperature of the lower troposphere (the region of the atmosphere from the surface to roughly five miles above) and saw a clear signal of human-induced warming of the planet.

Satellite measurements of atmospheric temperature are made with microwave radiometers, and are completely independent of surface thermometer measurements. The satellite data indicate that the lower troposphere has warmed by roughly 0.9 degrees Fahrenheit since the beginning of satellite temperature records in 1979. This increase is entirely consistent with the warming of Earth's surface estimated from thermometer records.

Recently, a number of global warming critics have focused attention on the behavior of Earth's temperature since 1998. They have argued that there has been little or no warming over the last 10 to 12 years, and that computer models of the climate system are not capable of simulating such short "hiatus periods" when models are run with human-caused changes in greenhouse gases.

"Looking at a single, noisy 10-year period is cherry picking, and does not provide reliable information about the presence or absence of human effects on climate," said Benjamin Santer, a climate scientist and lead author on an article in the Nov. 17 online edition of the Journal of Geophysical Research (Atmospheres) .

"In fingerprinting, we analyze longer, multi-decadal temperature records, and we beat down the large year-to-year temperature variability caused by purely natural phenomena (like El Ni?'A?os and La Ni?'A?as). This makes it easier to identify a slowly-emerging signal arising from gradual, human-caused changes in atmospheric levels of greenhouse gases," Santer said.

The LLNL-led research shows that climate models can and do simulate short, 10- to 12-year "hiatus periods" with minimal warming, even when the models are run with historical increases in greenhouse gases and sulfate aerosol particles. They find that tropospheric temperature records must be at least 17 years long to discriminate between internal climate noise and the signal of human-caused changes in the chemical composition of the atmosphere.

"One individual short-term trend doesn't tell you much about long-term climate change," Santer said. "A single decade of observational temperature data is inadequate for identifying a slowly evolving human-caused warming signal. In both the satellite observations and in computer models, short, 10-year tropospheric temperature trends are strongly influenced by the large noise of year-to-year climate variability."

The research team is made up of Santer and Livermore colleagues Charles Doutriaux, Peter Caldwell, Peter Gleckler, Detelina Ivanova, and Karl Taylor, and includes collaborators from Remote Sensing Systems, the National Center for Atmospheric Research, the University of Colorado, the Canadian Centre for Climate Modeling and Analysis, the National Oceanic and Atmospheric Administration, the U.K. Meteorology Office Hadley Centre, and Lawrence Berkeley National Laboratory.