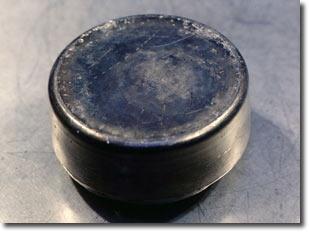 A plutonium-gallium alloy ingot reclaimed from a nuclear weapon.

LIVERMORE, Calif. — Scientists have gone a long way to solving a question about the nature of plutonium that has remained a mystery since the Manhattan Project.

Plutonium behaves like no other element in nature. The bonding of its electrons causes its crystal structure to be uneven, similar to a mineral, and the nucleus is unstable, causing the metal to spontaneously decay over time and damage the surrounding metal lattice.

First batches of the metal were too brittle to machine due to the mineral-like structure of the crystal. In order to make the metal machinable, the high-temperature, high-symmetry cubic structure of plutonium needed to be retained to room temperature.

Scientists during the Manhattan Project achieved this by adding a small amount of gallium.

There was never a clear explanation as to why gallium stabilized the ductile cubic structure over the low-symmetry mineral-like structure; they just did it and it worked, said Kevin Moore, a staff scientist in the Materials Science and Technology Division at Lawrence Livermore National Laboratory.

For the first time, researchers have determined why gallium works. In pure plutonium, the bonds between Pu atoms are very uneven, causing the metals high propensity to adopt a low-symmetry structure. However, when a gallium atom is put in the plutonium lattice, it causes the bonds to become more uniform and thus leads to the high-symmetry cubic structure.

Through a series of calculations, Moore and his Livermore colleagues, Per Söderlind and Adam Schwartz, and David Laughlin of Carnegie Mellon University have produced results that appear in the May 26 online edition of Physical Review Letters .

The team next proposes to test their calculations in the laboratory.