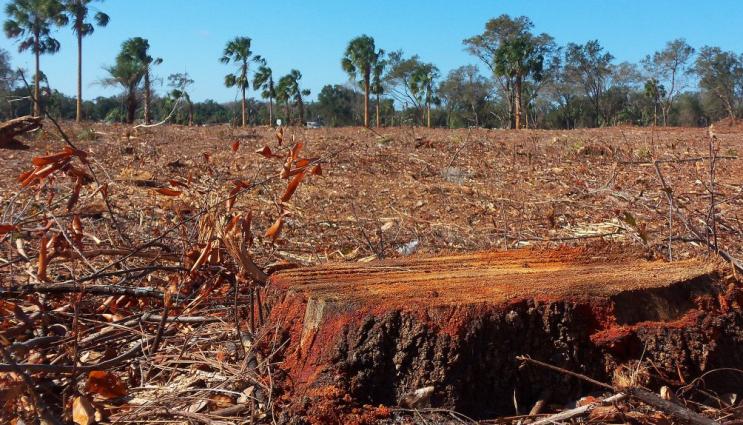 One of the sources of carbonyl sulfide is the burning of biomass (e.g., plants and peat). Carbonyl sulfide then gets taken up by plants alongside carbon dioxide, which allows for the measure of the photosynthetic activity of ecosystems.

Carbonyl sulfide is a naturally occurring gas that can help scientists understand how much carbon dioxide plants take out of the atmosphere for photosynthesis.

In a new study in Geophysical Research Letters, Lawrence Livermore National Laboratory (LLNL) scientists and collaborators looked at how much carbonyl sulfide (OCS) comes from forest fires and other burning biomass, as opposed to other sources.

Carbon dioxide (CO2) alone cannot provide estimates of photosynthesis (taking up CO2) because plants and ecosystems also respire (releasing CO2), so measuring CO2 only provides information on the small difference between these two large fluxes. In contrast, OCS is taken up like CO2, but is not respired and therefore provides information on photosynthesis by itself. This is important for monitoring how ecosystems respond to stresses such as droughts and diseases.

The team estimated OCS emissions from fires around the world based on where fires occurred and what was burned. They then used a computer model to see whether their estimates lined up with real‐world measurements of OCS in the atmosphere – and the results were interesting.

“We find that fires, whether biomass burning or forest fires, are a smaller source of carbonyl sulfide than previously reported,” said James Stinecipher, LLNL climate scientist, University of California, Merced grad student and lead author of the study. “If we can determine how much OCS plants are taking up, we can use that to estimate how much carbon dioxide plants are taking up, which is an important aspect of climate science.”

“One of the important aspects to come out of this work was the need to account for different biomes or fuel types in estimating the amount of OCS emitted,” Stinecipher said. “Peat fires, for example, tend to release significantly more OCS than grasslands, which impacts the overall distribution of emissions.”

The LLNL portion of the work was funded by the UC Laboratory Fees Research Program In‐Residence Graduate Fellowship and the DOE Office of Science.