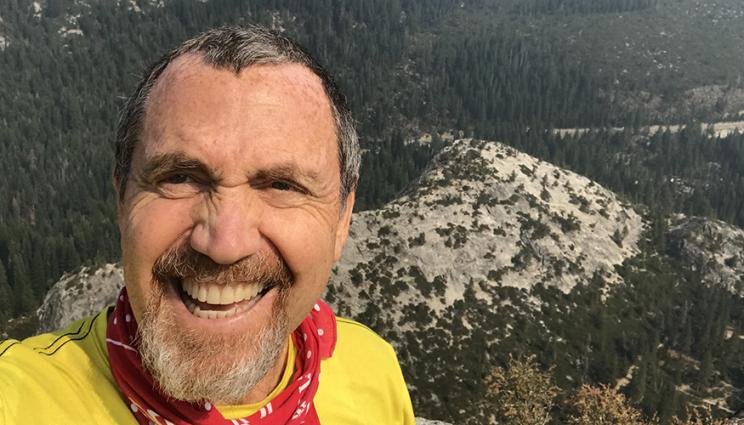 The Bolin award is presented annually and recognizes groundbreaking research or leadership in global environmental change through cross-disciplinary, interdisciplinary and trans-disciplinary research in the past 10 years. It is named to honor the work and life of Bert Rickard Johannes Bolin, a Swedish meteorologist who served as the first chairman of the Intergovernmental Panel on Climate Change (IPCC). The winner of the award gives the Bert Bolin Lecture each year at the annual AGU meeting.

“This award has deep personal meaning for me,” Santer said. “Back in 1995 and 1996, in the middle of some difficult times, Bert Bolin (who was then the chairman of the IPCC) publicly rebutted false allegations that I had behaved unprofessionally as convening lead author of Chapter 8 of the IPCC Second Assessment Report. I’ve never forgotten his kindness and encouragement. The lecture will be an opportunity to pay tribute to a great man and a great scientist.”

Santer’s research focuses on such topics as climate model evaluation, the use of statistical methods in climate science and identification of natural and anthropogenic "fingerprints" in observed climate records. His early research on the climatic effects of combined changes in greenhouse gases and sulfate aerosols contributed to the historic "discernible human influence" conclusion of the 1995 IPCC report. His recent work has attempted to identify anthropogenic fingerprints in a number of different climate variables, such as tropopause height, atmospheric water vapor, the temperature of the stratosphere and troposphere, ocean heat content and ocean surface temperatures in hurricane formation regions.

Santer holds a Ph.D. in climatology from the University of East Anglia, England. After completion of his Ph.D. in 1987, he spent five years at the Max-Planck Institute for Meteorology in Germany, where he worked on the development and application of climate fingerprinting methods. In 1992, Santer joined LLNL's Program for Climate Model Diagnosis and Intercomparison.

Santer served as convening lead author of the climate change detection and attribution chapter of the 1995 IPCC report. He was part of a team of more than 40 Livermore contributors to the IPCC’s scientific assessment reports. In 2007 the IPCC, along with former Vice President Al Gore, won the Nobel Peace Prize. Santer’s other awards include the Norbert Gerbier-MUMM International Award (1998), a MacArthur Fellowship (1998), the U.S. Department of Energy's E.O. Lawrence Award (2002), a Distinguished Scientist Fellowship from the U.S. Department of Energy, Office of Biological and Environmental Research (2005), fellowships in the American Geophysical Union (2011) and the American Meteorological Society (2017), membership in the U.S. National Academy of Sciences (2011) and the William Procter Prize (2019).

Santer will receive an award and lecture certificate, recognition in Eos (magazine of the AGU) and recognition at the AGU fall meeting in December 2020.