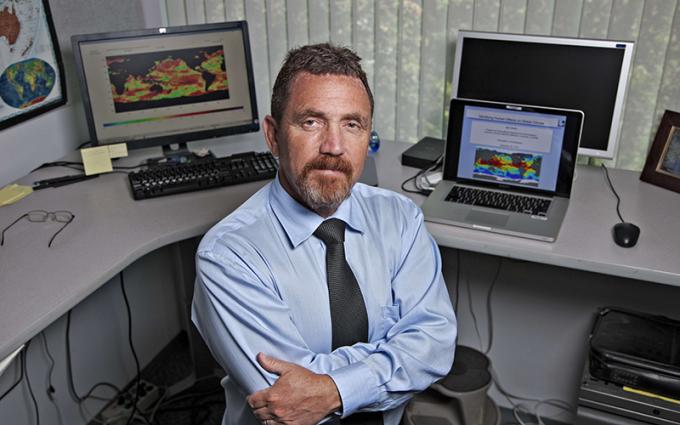 Lawrence Livermore National Laboratory (LLNL) climate scientist Benjamin Santer is the recipient of the 2019 Sigma Xi William Procter Prize for Scientific Achievement. The Procter prize has been awarded since 1950 to a scientist who has made an outstanding contribution to scientific research and has demonstrated an ability to communicate the significance of this research to scientists in other disciplines. Previous recipients include E.O. Lawrence, Vannevar Bush, Margaret Mead, Stephen J. Gould, Jane Goodall and Murray Gell-Mann.

The prize consists of a bronze statue, commemorative certificate and an award of $10,000 from which the Procter prize recipient receives a $5,000 honorarium and designates a younger colleague, usually in the same field of research, to receive a $5,000 award from Sigma Xi’s Grants in Aid of Research program. Presentation of the Procter prize is traditionally a principal event at Sigma Xi's annual meeting. Santer will give a lecture during this year’s meeting, which will be held Nov. 14-17 in Madison, Wisconsin.

"The really gratifying aspect of this award is the $5,000 grant in aid of research for a younger scientist," Santer said. "I've been involved with the Juneau Icefield Research Program (JIRP) for the past seven years. Each summer, about 30 undergraduate students from around the world participate in JIRP. The tuition is roughly $10,000 per student, making this program unaffordable for many. I'm hoping that the $5,000 research grant can help to support a deserving earth sciences student."

Santer is an LLNL atmospheric scientist and studies natural and human "fingerprints" in observed climate records. His early research contributed to the historic 1995 conclusion of the Intergovernmental Panel on Climate Change: "the balance of evidence suggests a discernible human influence on global climate." He served as lead author of a key chapter of that report. Since 1995, Santer and his colleagues have identified human fingerprints in atmospheric temperature and water vapor, ocean heat content, sea surface temperature in hurricane formation regions and many other climate variables.

He holds a doctorate in climatology from the University of East Anglia, England. After completing his Ph.D. in 1987, he spent five years at the Max-Planck Institute for Meteorology in Germany, where he worked on developing and applying climate fingerprint methods. Santer joined Lawrence Livermore in 1992.

Santer has received many awards for his research. These include a MacArthur Fellowship (1998) and membership in the U.S. National Academy of Sciences (2011). He said the most significant awards are the friendships he has made during his career. In addition to his research, he cares deeply about the communication of climate science to a wide range of audiences. He writes for the Scientific American blog and has appeared on "Late Night With Seth Meyers." 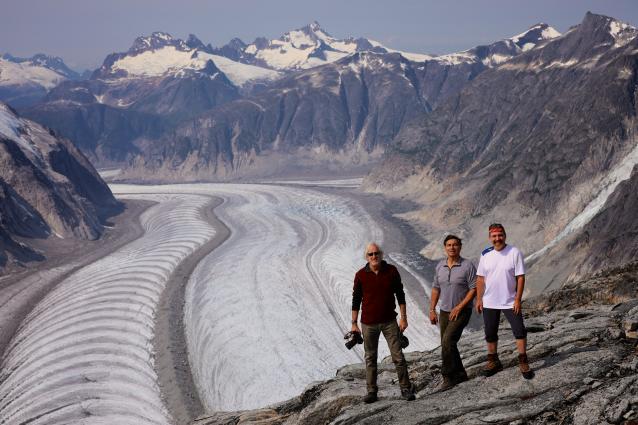 Together with Chip Duncan and Hernando Garzon, Santer is a member of "The Three Tenors of Climate Change." The tenors are devoted to the task of improving public understanding of the science and impacts of human-caused climate change. In his spare time, Santer is an avid rock-climber and mountaineer.

The Procter award is named after William Procter, who was the grandson and heir of one of the founders of the Procter & Gamble Company. Procter majored in chemistry at Yale, obtaining a Ph.D. in 1894 from the Sheffield Scientific School. He organized the investment firm of Procter and Borden in 1902, retiring from it in 1920. During his boyhood summers at Newton, Connecticut, he became interested in insects. At age 45, he enrolled in the department of zoology at Columbia University where he was elected to Sigma Xi. In 1928, he built a field laboratory on Mt. Desert Island, Maine and began publishing a series of surveys that gained him a reputation as a distinguished natural scientist.