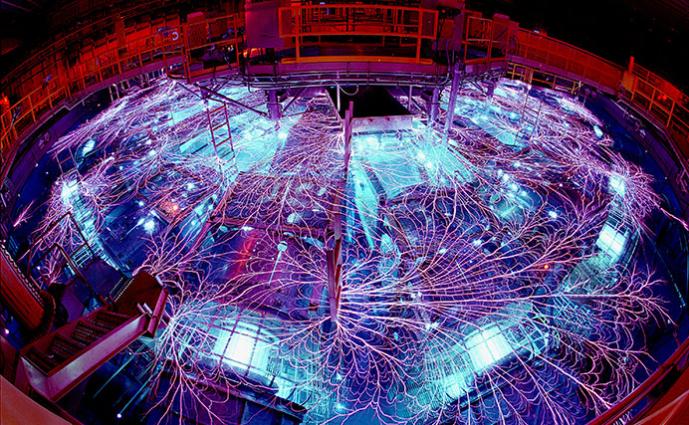 Invented in the 1970s, VISAR was developed by Sandia scientists and has since become a standard measurement tool in many areas where dynamic pressure loading is applied to materials. Driven by the needs of National Ignition Facility experiments, LLNL developed expertise in the technology and implemented Line VISAR nearly 20 years ago. The technology has come full circle; scientists from LLNL, Sandia and other partners will use Z Line VISAR on Z Machine.

"The Z Machine gives us a different approach to exploring ICF," said Kumar Raman, a physicist at LLNL who is part of a joint LLNL-Sandia team conducting Z Machine experiments for the Sierra ICF campaign.

The power of Line VISAR is the ability to measure the velocity continuously along a "line" in space as a function of time. In Line VISAR, light reflected from the target passes through interferometers and forms a fringe pattern, which is projected on the slit of a streak camera. The fringe pattern moves in proportion to the velocity of the reflecting surface because of Doppler shifts that are imparted to the reflected light beam. In this way, the spatial and temporal arrangement of the fringe pattern in the output streak record reveals how different parts of the target move during the experiment.

"For validating numerical models, the time history of the current is the most fundamental input on a pulsed power facility," said Clayton Myers, a physicist and Z principal experimenter at Sandia. "Z Line VISAR is the most capable diagnostic for collecting that data."

At the Z Machine, a series of large capacitors deliver up to 26 million amps to a centimeter-sized target over sub-microsecond timescales. The current flows axially along the outer surface of the cylindrical target (the "z"-direction), generating magnetic pressure that drives the target radially inward, creating a "z-pinch" that heats and compresses the target fuel. The performance of the pinch is strongly affected by current loss that can occur in the power feed or within the target itself due to a variety of mechanisms that are not fully understood.

"The magnetic field varies inversely with radius and is proportional to the current delivery, so the target motion can involve complicated radial gradients. By allowing us to resolve these gradients, we expect Line VISAR will give us new and detailed insights into how the Z Machine couples current to our targets," Raman explained.

Designing for a different environment

While the diagnostic was modeled closely to the NIF Line VISAR, the operational environments of NIF and the Z Machine are very different. To achieve the precise alignment of NIF’s line-of-sight, the requirements for vibrational, thermal and seismic stability are demanding. The NIF facility is a very clean environment, designed to minimize extraneous debris that can erode laser and optics performance.

In contrast, when the Z Machine fires a shot, the entire facility shakes. The final optics assembly is a sacrificial component. Mounted directly on top of the target, it is destroyed during the violence of a Z Machine shot and replaced for each subsequent shot. In addition, as part of the Z Machine’s capacitor and current-delivery design, the enclosing high bay is exposed to open cavities of transformer oil and cooling water pools that would degrade the instrument performance if not accounted for in the engineering design. 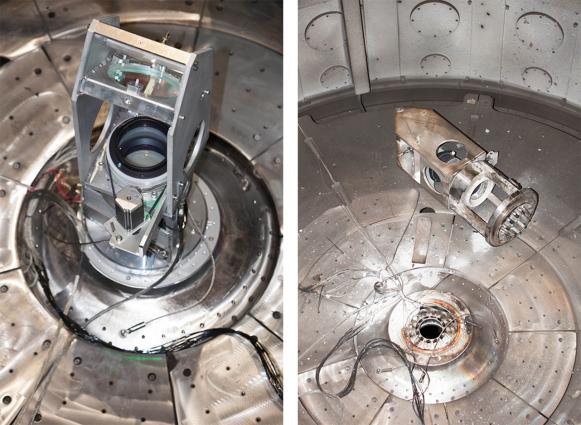 In designing the Z Line VISAR, the team had to protect sensitive optical components from shock loading, adequately shield electrical equipment from the electromagnetic pulse that initiates each shot, and protect the optical design and associated beam path from temperature and humidity fluctuations as well as airborne hydrocarbons.

Meeting these requirements within the available space at Z Machine also was a challenge. As a result, the 50-meter transport beam snakes its way to the interferometer room. "The engineering team deserves a great deal of credit for preserving the physics requirement along this very complicated transport line,"  Raman said.

The team fabricated a prototype transport mount and tested it at LLNL’s Site 300 shaker table to evaluate performance with shock loads similar to those expected at the Sandia facility. This took multiple iterations, but the effort paid off with a robust design.

Most of the subassemblies were built and evaluated at LLNL and then installed at Sandia. "For the subassemblies that were installed earliest, we expected some degradation because of the environment," said Phil Datte, the LLNL project lead. "But we didn’t see any. The design team did an excellent job of mitigating and managing the harsh environment."

The entire effort required close collaboration between the LLNL and Sandia teams. In December, they came together for a commissioning shot to compare data from the existing point velocimetry systems at Z Machine and the new Z Line VISAR.

"The first shot was an unqualified success,"  Myers said. "It returned data that was consistent with what we expected and with which we can begin to do science."

Another commissioning shot will be fired in the next few months. The scientists expect to conduct regular experiments with the Z Line VISAR diagnostic this summer. "We’ll compare data from those experiments with our numerical models, which will make them more robust," Myers said. "We expect this data to provide new insights into how Z delivers current to ICF targets." 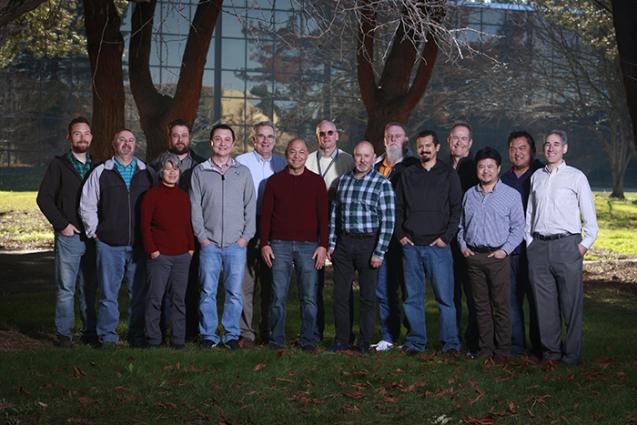