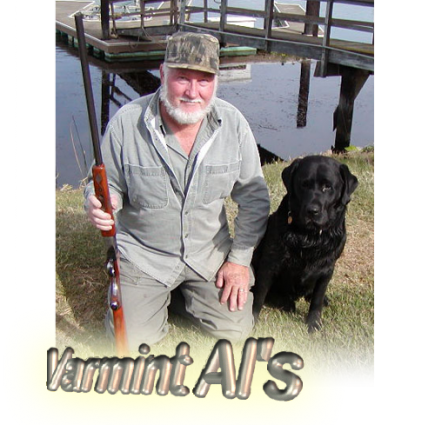 Retiree Al Harral, aka ‘Varmint Al,’ at his Bethel Island home with his dog

Harral showns his FEA calculations on the Web. Shown here is a Benchrest rifle that Harral modeled and used LS-DYNA multiphysics software to calculate barrel motions when a 22-caliber long rifle cartridge is fired.

This calculation shows that barrel flexes during the time the bullet is traveling up the bore. The animated GIF shows the motions amplified by 2000X. A rigid barrel would not be as accurate as a flexible barrel. See 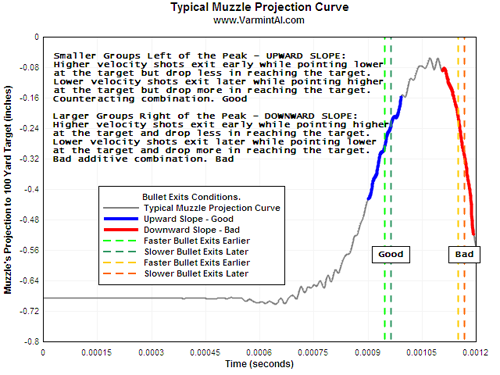 Varmint Al’s calculations show that the barrel flexing can actually compensate for small variations in muzzle velocity from shot to shot.

Baring a striking resemblance to the pistol-packing cartoon character, Harral retired as a group leader from the Weapons Engineering Division in 1990. He keeps busy these days compiling his "Varmint Al  Eclectic Web" pages that cover a wide variety of his interests, including engineering, fishing, politics, guns, lathes, Web construction, hunting, backpacking, Bethel Island, dogs and more.

His "Varmint Al" screen name has become so popular that it immediately appears when typed into Web search engines and has even been mentioned on political radio forums.

Once a group leader of the Advanced Engineering Analysis Group, Harral builds his own computers from parts and configures them so he can work on his Website and perform finite element analysis (FEA).  His FEA calculations, some of which are shown through animation, explain the structural analyses of a variety of moving objects, such as rifle action and bullet impact.

"The critical thinking required for engineering analysis is hard work and is like weight lifting for the brain," he said.

Harral has occasionally been called upon by industry to perform analyses of various structures, such as complex oil well pipe threads. "If you have a difficult structural problem that needs to be analyzed and/or redesigned, I can give you a preview of what can be done."

His current computer is the Y-Machine (a fast AMD processor with four CPUs running at 2.6 GHz). "I will run out of letters (for my machines) before the industry runs out of new CPUs and motherboards," he quips.

When he's not calculating, Harral can be found out hunting and fishing.  A trip through his Web pages tells the tale of his expeditions, from backpacking in the High Sierra to hunting in Delta fields. (Here is a coyote howl he recorded.)

Harral's 600-page guest book shows myriad comments from his Web visitors: "cool Web site"; "great information" and more (some are less than positive).  Whenever anyone sends Harral an email message, they can always count on a sincere "Varmint Al" reply along with his traditional email signature, "Good Hunting...from Varmint Al."