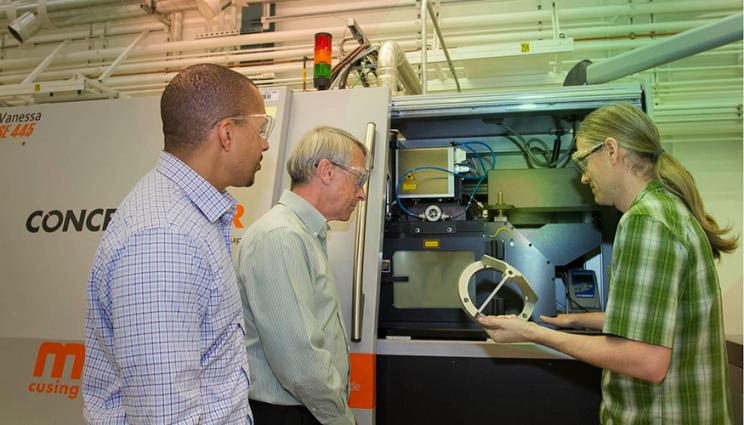 While the most common method of metal 3D printing is growing exponentially, moving forward from producing prototypes to manufacturing critical parts will be possible only by reaching a fundamental understanding of the complex physics behind the process, according to a new paper authored by Lawrence Livermore National Laboratory (LLNL) researchers.

The powder bed fusion process, also known as selective laser melting (SLM), requires thin layers of a metal powder to be spread across a build area, where they are fused by a laser or electron beam based on a 3D computer-aided design (CAD) model. The process is repeated until a part is produced, layer-by-layer from the bottom up. 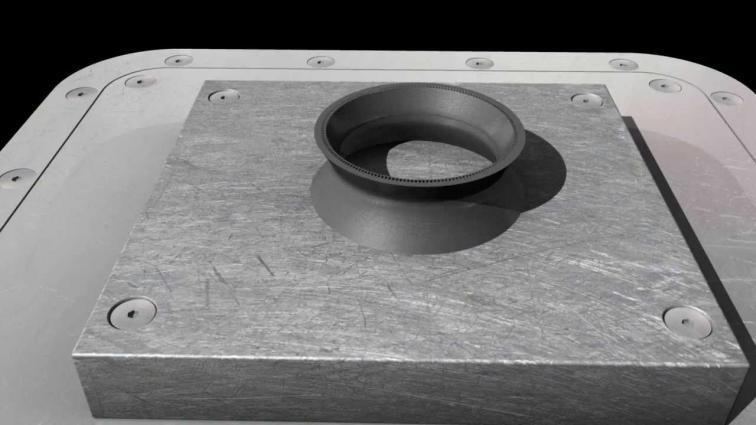 Even though the method has quickly progressed into a production technology, 3D printing of metal parts (also known as metal additive manufacturing) for industries such as aerospace and health care is hampered, according to LLNL’s Wayne King, by a lack of confidence in the finished parts. This hurdle, he said, can be overcome by a combination of physics-based modeling and high-performance computing to determine the optimal parameters for building each part.

"If we want to put parts into critical applications, they have to meet quality criteria. Our project is focused on developing a science-based understanding of the additive manufacturing process to build confidence in the quality of parts," said King, leader of the Lab’s Accelerated Certification of Additively Manufactured Metals Project (ACAMM). "We want to accelerate certification and qualification to take advantage of the flexibility that metal additive manufacturing gives us. Ideally, our plants would like to build a part on Monday that can be qualified and on the same machine on Tuesday build a different part that can also be qualified."

In a paper published in the January edition of Applied Physics Reviews that was commissioned by the publication, King and his team describe two physics-based models for the selective laser melting process on scales varying from the particulate powder to the whole part or component.

The team’s comprehensive powder model addresses the formation, evolution and solidification of the melt pool, and could be used to better understand how laser power, speed, beam size and shape affect different types of metals and develop parameters for new materials, the researchers said. It also could provide insights into the dominant physical processes in the laser-powder interaction and guide improvements to the SLM method in the future, according to Andy Anderson, a co-author on the paper.

The part-scale model simulates the 3D printing of full-scale parts, calculating the effects of stress and heat arising from a given type of metal and laser process parameters. It could improve predictions of deformation and stresses during printing that can lead to part failure, as well as help improve quality, eliminating much of the guesswork involved in creating new parts.

"By modeling the fabrication you can see what is the aggregate behavior of the part and essentially build in compensations. If there is warping, we can warp the target geometry to arrive at the correct net shape," said Bob Ferencz, LLNL’s division leader for Computational Engineering, and co-author on the paper. "The benefit of simulations is that you can slow down the process and hopefully that informs you as to mitigations for the mechanisms you see as the cause of the failure."

Combining the physics models with data-mining technologies and uncertainty analyses could optimize metal parts without the cost of multiple experiments, and aid in more widespread adoption of metal 3D printing, the researchers said.

"These models will be a big step forward toward getting away from the experience base and getting the science base behind it," King said. "We’re talking about getting to the place of saying ‘just press print’ for metal. It could broadly impact the way people apply metal additive manufacturing."

Other LLNL scientists and researchers contributing to the three-year study include Neil Hodge, Chandrika Kamath, Saad Khairallah and Alexander Rubenchik.