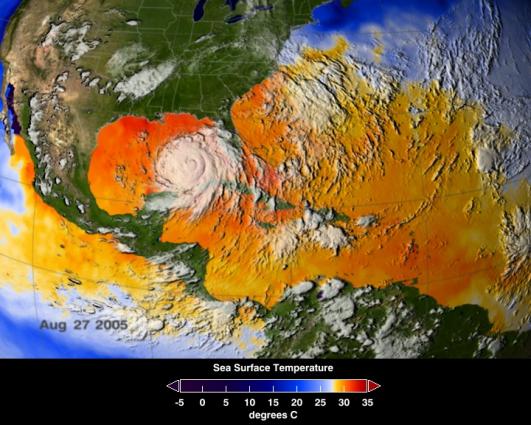 Warm ocean waters fuel hurricanes, and there was plenty of warm water for Hurricane Katrina to build up strength once she crossed over Florida and moved into the Gulf of Mexico. This image depicts a three-day average of actual sea surface temperatures (SSTs) for the Caribbean Sea and the Atlantic Ocean, from August 25-27, 2005. Every area in yellow, orange or red represents 82 degrees Fahrenheit or above. A hurricane needs SSTs at 82 degrees or warmer to strengthen. The data came from the Advanced Microwave Scanning Radiometer (AMSR-E) instrument on NASA’s Aqua satellite. to download a high-resolution image.

Katrina, with sustained winds reaching 160 mph, was one of only three Category Five Hurricanes that have made landfall in the United States since records began. Katrina gained energy from the warm water of the Gulf of Mexico as it approached New Orleans. to download a high-resolution image.

LIVERMORE, Calif. — New research shows that rising sea surface temperatures (SSTs) in hurricane “breeding grounds” of the Atlantic and Pacific Oceans are unlikely to be purely natural in origin. These findings complement earlier work that uncovered compelling scientific evidence of a link between warming SSTs and increases in hurricane intensity.

Previous studies to understand the causes of SST changes have focused on temperature changes averaged over very large ocean areas – such as the entire Atlantic or Pacific basins. The new research specifically targets SST changes in much smaller hurricane formation regions.

Using 22 different computer models of the climate system, atmospheric scientists from Lawrence Livermore National Laboratory and ten other research centers have shown that the warming of the tropical Atlantic and Pacific oceans over the last century is directly linked to human activities.

For the period 1906-2005, the researchers found an 84 percent chance that external forcing (such as human-caused increases in greenhouse gases, ozone and various aerosol particles) accounts for at least 67 percent of the observed rise in SSTs in the Atlantic and Pacific hurricane formation regions. In both regions, human-caused increases in greenhouse gases were found to be the main driver of the 20th century warming of SSTs.

We’ve used virtually all the world’s climate models to study the causes of SST changes in hurricane formation regions,” said Benjamin Santer of Livermore’s Program for Climate Model Diagnosis and Intercomparison, lead author of a paper describing the research that appears online this week in the Proceedings of the National Academy of Sciences .

“In the real world, we’re performing an uncontrolled experiment by burning fossil fuels and releasing greenhouse gases,” Santer said. “We don’t have a convenient parallel Earth with no human influence on climate. This is why our study relied on computer models for estimates of how the climate of an ‘undisturbed Earth’ might have evolved. The bottom line is that natural processes alone simply cannot explain the observed SST increases in these hurricane breeding grounds. The best explanation for these changes has to include a large human influence.”

Hurricanes are complex phenomena and are influenced by a variety of physical factors such as SST, wind shear, moisture availability and atmospheric stability. The increasing SSTs in the Atlantic and Pacific hurricane formation regions isn’t the sole cause of hurricane intensity, but is likely to be one of the most important influences on hurricane strength.

“The models that we’ve used to understand the causes of SST increases in these hurricane formation regions predict that the oceans are going to get a lot warmer over the 21st century,” Santer said. “That causes some concern. In a post-Katrina world, we need to do the best job we possibly can to understand the complex influences on hurricane intensity, and how our actions are changing those influences.”

The Livermore portion of the research is funded by the Department of Energy’s Office of Biological and Environmental Research. 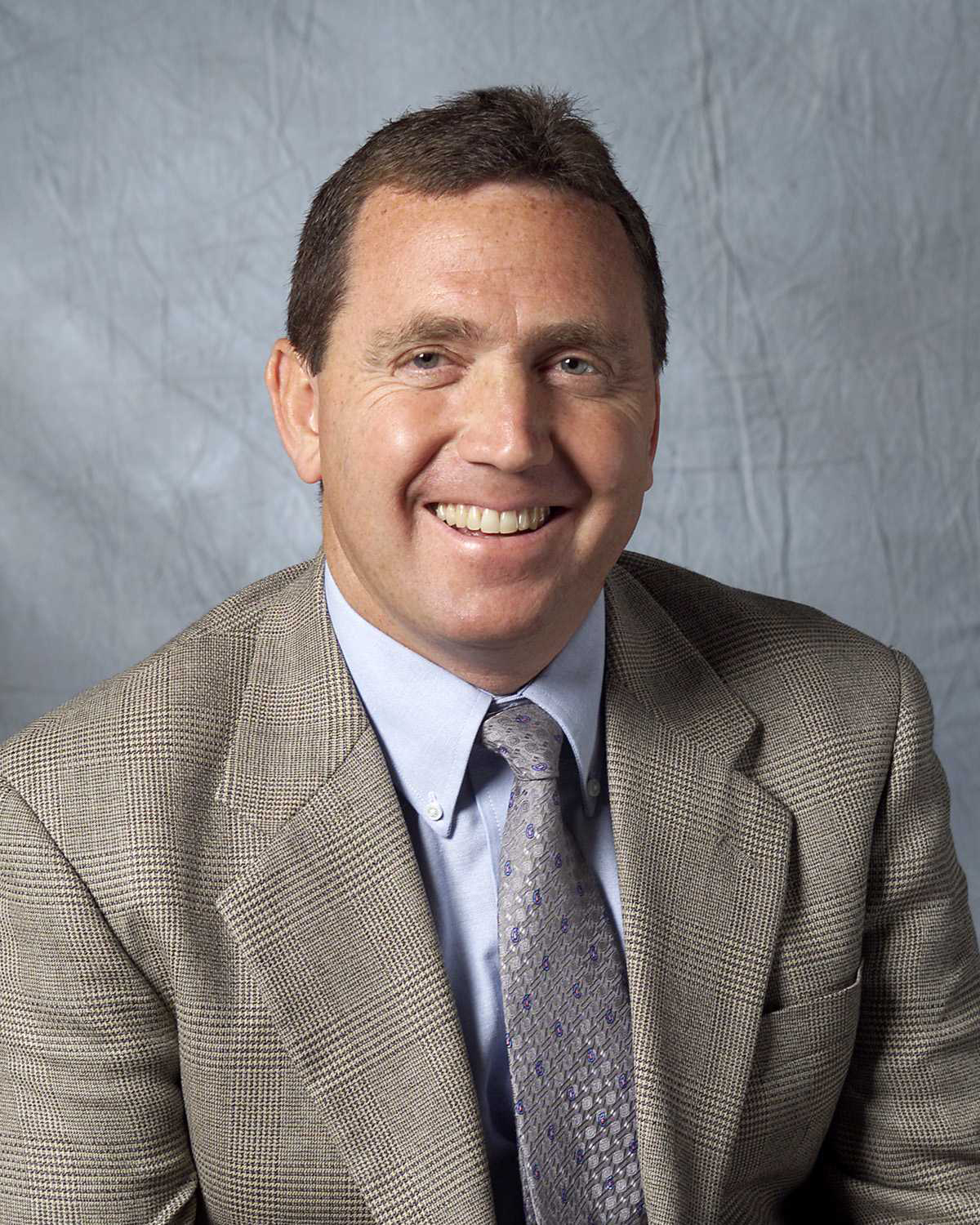