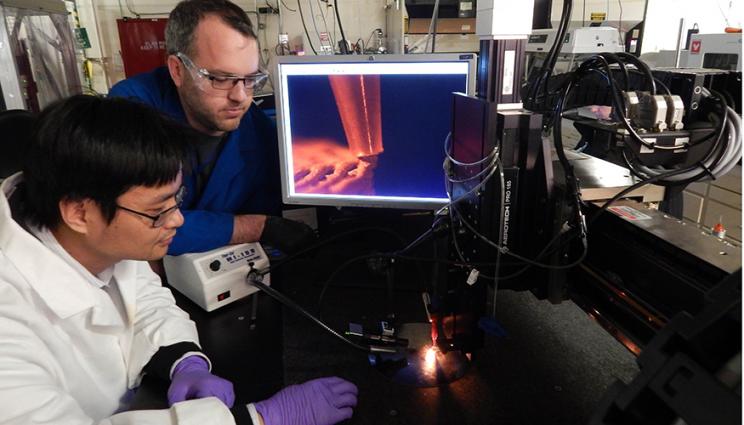 Reactive composite materials are everywhere, from the life-saving air bags in your car to the dazzling pyrotechnics in Fourth of July fireworks. But one of the main drawbacks to using these materials has been the unpredictability of their reactions.

Historically, the way to alter the performance in reactive materials (i.e. thermites) has been to either change the formulation, or to change parameters, such as particle size, within a formulation. However, through 3D printing, a team of scientists and engineers at Lawrence Livermore National Laboratory and Harvard University has found that the architecture can play a strong role in exerting more control over the energy release rate of reactive composites. The team’s findings were published online in December and were featured as the cover article in the March print edition of the journal Advanced Materials.

"3D printing has allowed us to make high-quality parts with the feature sizes commensurate with the length scales of dynamic phenomena," said Kyle Sullivan, a staff scientist and the paper’s lead author. "It’s allowed us to make precision geometries, with careful control over several length scales. With this spatial control, we wanted to examine how, and to what extent, this translates into controlling dynamic behavior."

Through a 3D printing process called direct ink writing, researchers first constructed 3D conductive electrodes. Then, through another printing process called electrophoretic deposition (EPD), the team coated the surface of the conductive micro-architectures with a composite film of thermite nanoparticles. The researchers found that by creating the reactive material architectures, or RMAs, they could direct and manipulate the energy released by the material in ways never possible before.

One advantage of 3D printing, said Lab engineer Eric Duoss, is that the process allowed the team to place a very precise amount of the materials onto a surface.

"Traditional thermites are random mixtures of materials," Duoss said. "EPD gives you a tool to fix the mixing scale at the nanoscale. The film thickness, micro- and macroscale geometry can then be examined to elucidate the role of architecture on reactivity." 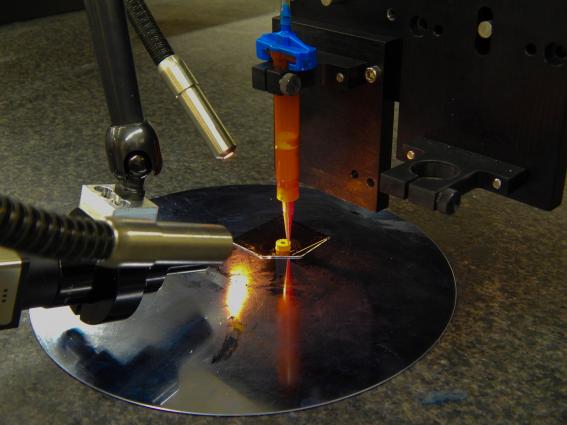 Duoss, a materials scientist, engineer and co-author on the paper, said the team worked with several types of micro-architectures — flats, hurdles and channels — to tailor the thermite's energy release rates. Eventually, he said, the team plans to move to more complex structures, such as lattices, to see if there is a more dramatic impact.

The findings, Sullivan said, could lead to new structural energetics, the discovery of previously unknown functions for reactive materials, and improve the safety and reliability of air bags, ejector seats or other items requiring a quick burst of energy.

"If you look at the history of energetic materials, the scary part is that the performance is slowly plateauing," Sullivan said. "While it’s only a matter of time for new formulations to be developed, this technique gives us an additional knob of using material architecture to tailor, and improve, the energetic materials we already have."